Built for this golden moment

Will this team add its name to the country's illustrious hockey history? 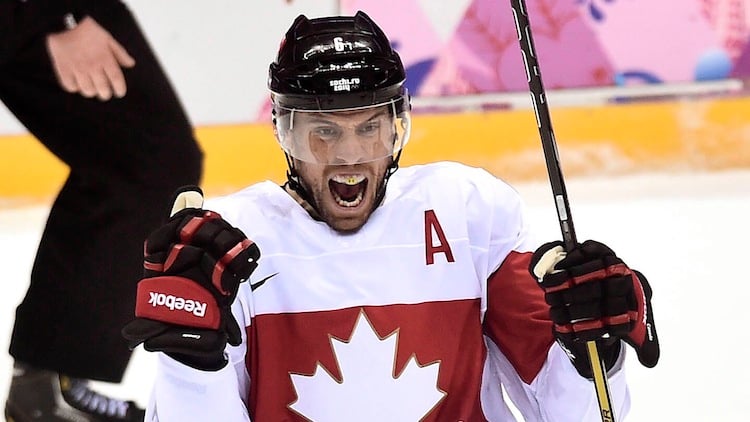 SOCHI, Russia – They put Peter Forsberg’s image on a postage stamp in Sweden when he scored the shootout-winning goal against Team Canada at the 1994 Olympics. Even Canadians remember that golden image 20 years after the fact.

“I don’t think anyone’s ever seen that goal up to that point, and now everybody tries to do it,” Patrick Sharp said Saturday, on the eve of the final in Sochi. “It was a very fun game to watch. It was Olympic hockey at its best.”

In Canada, we are fortunate to have our own long list of big moments and big goals to reflect on. And should Sunday’s game at Bolshoy Ice Dome go the way a fretting nation wants, we very well might end up with another one.

These are the thoughts the 22 men who will pull on sweaters adorned with the red-and-white Maple Leaf on Sunday have to push from their minds during the long wait for puck drop. On one hand, they will just be playing another hockey game. On the other, they will be writing a small piece of history with every pass, shot and stride.

They were built for this – this group of players. This Team Canada. The collective trophy case that these men could put together wouldn’t even fit in a large U-Haul trailer. Elite athletes are comfortable being uncomfortable and there is no comfort to be found in a game carrying these stakes.

This is the time when Sidney Crosby, Jonathan Toews and Shea Weber must earn the letters that mark them as leaders. Those three won gold in Vancouver and understand how unique this moment is. They also know intimately exactly how everyone around them will be feeling in the buildup to a game that, win or lose, they’ll remember for the rest of their lives.

“You want to keep everything as normal as you can,” said Crosby. “Having gone through that, knowing that the stakes are high, you want to be at your best.”

There is a natural torch-passing that occurs in a situation like this one. The Swedish roster features just four players who won gold at the 2006 Games in Turin – Henrik Lundqvist, Daniel Alfredsson, Niklas Kronwall and Daniel Sedin – so it will be the younger men like Gabriel Landeskog and Erik Karlsson charged with taking the memory of this event forward for Tre Kronor.

For Team Canada, it is stalwarts Scott Niedermayer and Chris Pronger who are here only in spirit. Crosby no doubt took some notes after playing alongside those veteran defencemen four years ago. Both of them were tremendous when it mattered most.

“Niedermayer never said anything until it was right on the line, then he said a lot,” assistant coach Ken Hitchcock said earlier in the tournament. “He held back. He let other people take the verbal (lead) during the competition, but when it was on the line, in the final game, he was very vocal. He spoke up at the right time.

“So I think if you’ve learned anything, timing is everything in this type of competition.”

Team Canada has had a wonderful sense of occasion so far at this event. There have really been no speed-wobbles or moments where the situation looked like it was getting the best of them. Even in the tight preliminary round game against Finland or the tense quarterfinal with Latvia, the Canadians seemed composed.

They’ve surrendered just three goals in five games. They’ve outshot their opponents 205-105 in total. They’ve killed 13 of 14 penalties taken. They have a chance to go on a perfect run through the entire Olympic tournament.

Against Sweden, strangely enough, the difference might very well come down to which team can out-defence the other. Remember that Canada hasn’t so much as trailed in a game since arriving in Sochi.

“Our challenge is going to be breaking down their solid defence,” said Alfredsson. “The U.S. didn’t really get a lot of great scoring chances (in the semifinal). They were kept on the outside. That’s the challenge, to penetrate the neutral zone with speed and get to those second and third chances.”

That is the challenge on the ice, yes. Between the ears is where a different sort of battle will be waged.

When Canada captured the 2007 IIHF World Hockey Championship about 1,500 kilometres north of here in Moscow, head coach Andy Murray stood in the winning dressing room at Khodynka Arena and proclaimed that “our emotional well as hockey players runs deeper than any other country.”

It rang true then and still does today. The only problem with saying that sort of thing out loud is that it bestows a responsibility on the current generation to prove it again and again. If you talk the talk, you must walk the walk.

That’s why this is so special.