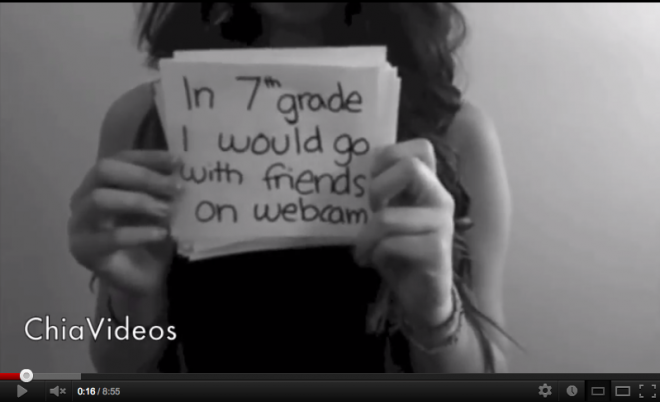 In 2006, a 13-year-old girl named Megan Meier hanged herself because of what was said about her on the Internet. The media dubbed it the “Myspace suicide,”‘ and it became the first major instance of “cyberbullying” to shock and outrage the world. The term, now infamous, typically describes an online swarm of invective and public shaming in which the vicious social dynamics of the school yard are amplified and rendered permanent by social media.

But that’s not what happened to Megan Meier. Meier wasn’t bullied by another teenager. She was the victim of a sadistic hoax, engineered by the mother of an estranged friend. The 47-year-old mother, Lori Drew, created a phony MySpace heartthrob, a fictional 16-year-old she called “Josh Evans.”  Evans befriended Megan, flirted with her, and then suddenly turned on her. “You are a bad person,” wrote Drew as Evans, “and everybody hates you. Have a shitty rest of your life.”  Megan Meier killed herself two days later.

Six years later, we are again trying to squeeze a complicated and disturbing case of abuse and manipulation of a minor into the “cyberbullying” box. We don’t yet know for certain who entrapped, extorted and exposed Amanda Todd. Individuals affiliating themselves with Anonymous have claimed that her tormenter is a 32 year-old B.C. man, and have posted documentation in support of this claim.

Whether this bears out or not, we know from Todd’s own tragic YouTube video that hers was not a simple case of high school social politics turned digital. A stranger coaxed her into flashing him online when she was 13.  He captured her nude picture and tried using it to blackmail her into creating additional child pornography for him. When she refused, this stranger posted the original nude picture in places where her friends would see it. When Todd, ruined, changed schools, he tracked her down and exposed her all over again.

This set into motion a series of violent acts inflicted upon Todd, by herself and by others, ultimately leading to her suicide. Some of this abuse can certainly be called bullying.

But the full picture is much more insidious. It started with a stranger, presumably an adult, methodically victimizing a child for his sexual gratification and for the sake of cruelty itself.

“Cyberbullying” is an imprecise and easily manipulated term.  A child making a negative comment about another child via email would fall afoul of many schools’ anti-cyberbullying policies. Using the same term to describe the crimes of a predatory child pornographer, which resulted in a girl’s death, is reductive and dangerous.