Anita Sarkeesian on the perils of her feminist fight 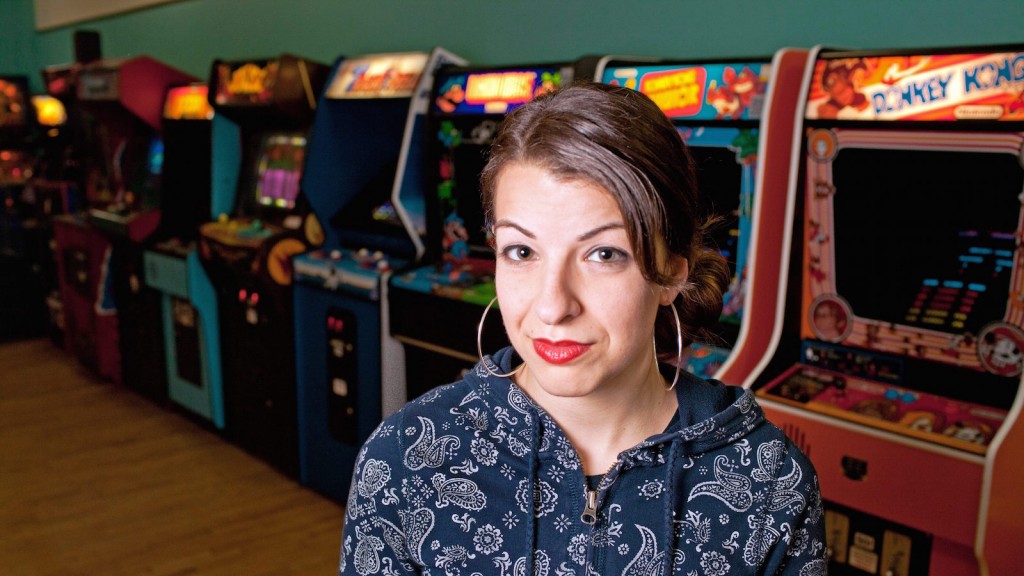 When Anita Sarkeesian arrived in Ottawa to speak at a Broadbent Institute gathering of thinkers and politicians this month, she was surrounded by security. The 31-year-old media critic and feminist has gotten used to travelling this way after being harassed online and targeted with violent threats at past speaking engagements.

Sarkeesian, who was born in Burlington, Ont., and lives in California, was in Ottawa to talk about being repeatedly victimized because of her YouTube videos that challenge the sexism and misogyny in popular culture. Her web series Tropes vs. Women in Video Games, which deconstructs female stereotypes in everything from LEGO to popular games, led to a vicious campaign against her and other women who were targeted in the so-called #Gamergate scandal, a series of orchestrated and anonymous attacks in online forums such as Reddit.

“I get threats all the time,” she told Maclean’s in an interview at the conference. “It’s just the sort of background radiation of my life. Every day, something new happens. It’s become so normal to me. I get death threats regularly via online communications. I [experience] harassment every day—Twitter, Facebook, email.”

Attacks against Sarkeesian have included doxxing—publishing personal information on social media—and she was forced from her home last year after a Twitter user posted her address and sent death threats. There have been fabricated images of her being raped, made-up quotes, attempts to hack her email account and conspiracy theories. But it doesn’t stop there. Vandals regularly alter her Wikipedia entry; she’s been the subject of fake social media accounts and online impersonations; she’s received hate mail and been signed up for pornographic sites; someone created a Beat Up Anita Sarkeesian web game that allows players to punch her in the face and see the bruises.

Another horrible example: Last year, she received the Ambassador Award for her web series and for making positive changes in the industry at the prestigious Game Developers Choice Awards. But, on the day of the event, organizers received an anonymous email threatening to detonate a bomb unless her award was revoked, according to the New Yorker. The email read: “We estimate the bomb will kill at least a dozen people and injure dozens more. It would be in your best interest to accept our simple request. This is not a joke. You have been warned.”

In her acceptance speech, Sarkeesian, who is a videogamer, struck a positive tone and said manufacturers need to “portray women as capable, complex and inspirational.”

Another event had to be cancelled last fall when organizers at the Utah State University’s Centre for Women and Gender received an email threatening “the deadliest school shooting in American history.” The email read: “I have at my disposal a semi-automatic rifle, multiple pistols and a collection of pipe bombs . . . Anita Sarkeesian is everything wrong with the feminist woman, and she is going to die screaming like the craven little whore that she is if you let her come to USU,” according to media reports.

During her talk in Ottawa at the Broadbent Institute’s Progress Summit on the “gendered minefield of online harassment,” she spoke of the “massive and terrifying” assault on her and others who have spoken up and she called for stronger cyberlaws.

In her speech, she criticized the frequent images of the damsel in distress of female characters and the sexualized clothing of animation in video games, a billion-dollar industry. She said the old boys’ club of gaming is undergoing change by becoming more inclusive—but the attacks on her continue.

She slammed the “information cascade,” where things are redistributed from one social media network to another without people checking the validity of the source or content. And she spoke about our victim-blaming culture. “One of the most radical things you can do is actually believe women when they tell you their experiences.

“It has completely changed my life and completely destroyed the lives of so many women.”

Related: Jon Ronson on the new frontier of online shaming

Sarkeesian began her web series as a side project while studying at York University. Her YouTube series and the harassment has led to widespread media attention and a recent appearance on The Colbert Report.

“I’m glad it has [become so big] that this horrible thing that has continued to happen to me for years is now taking an international platform, where people are starting to take online harassment seriously,” she told Maclean’s.

“There is still a lot of, ‘Oh, it’s just the Internet, just go offline.’ I don’t know how anyone can do that. But I think that attitude is slowly changing, especially to understand the way women, in particular, are harassed online [and how it is] incredibly destructive—emotionally, professionally, and personally.”