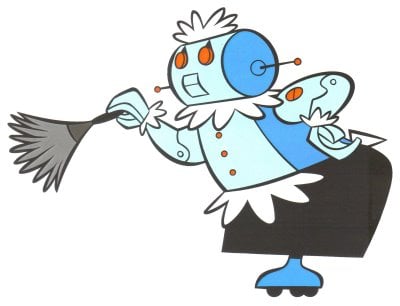 Have you ever been suckered into sharing personal information with an attractive stranger who turns out to be not quite….human? If so, you’re not alone.

Over at BlogAds, Henry Copeland has done some online sleuthing into the identity of one Nicole Bally, a friendly Facebook fox who probably does not exist. Nicole, it seems, is a “bimbot,” a fake account assembled with generic photographs and automated status updates, let loose on social networks to lure unsuspecting dupes into handing over access to their valuable social graphs. 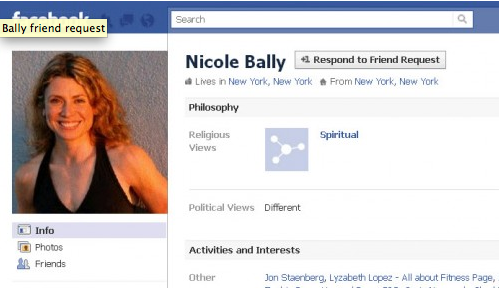 Bimbots are common on Facebook, Twitter and elsewhere, and I’ve always been confident in my ability to distinguish them from my many fleshy human admirers. But perhaps I shouldn’t be so cocky. After all, Nicole Bally’s list of conquests includes some of the savviest people on the Internet. She’s successfully friended Sean Parker of Napster and Facebook, Chris Anderson of Wired, Jimmy Wales of Wikipedia, and Arianna Huffington of Arianna Huffington. She’s even friended Vint Cerf himself—the father of the Internet!

The more impressive Nicole’s friend list gets, the more convincing she becomes to new suckers.  The first thing I look at when considering a friend request from a stranger is whether or not we have friends in common. The second thing I look at is whether their friends are people I’d like to have in common.

Heck, at a certain point, who cares if she’s human? Any robot with friends like that is a friend of mine.