Birth control? There's an app for that. Seriously.

Technology has made tracking fertility a far more exact science 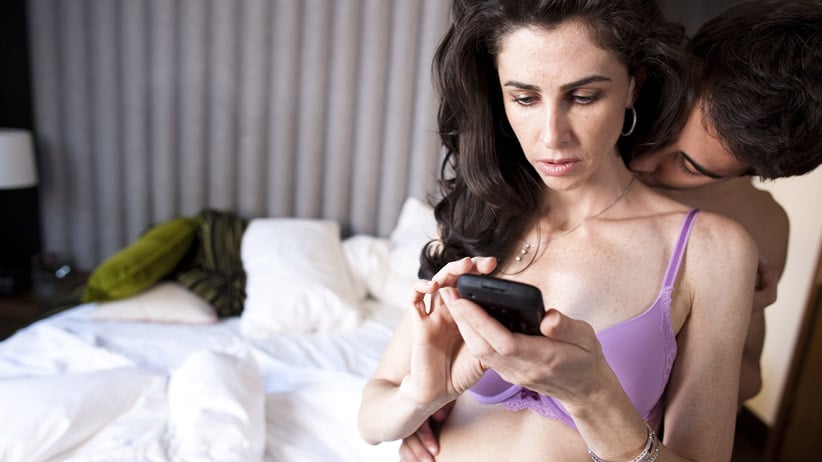 A few days before her period, 30-year-old Toronto resident Eve Forster gets an automatic alert from her phone. “Beware the red menace!” it says, in a customized note from the Ph.D. student’s Period Tracker app. Atop an interface decorated with hearts and cloud—with thunderclouds and lightning bolts indicating days when PMS is most likely—Forster can log her weight, symptoms like cramps and acne, and, by choosing from 60 icons with furrowed brows or flowing tears, even her mood.

All this charting was once a complicated ordeal for women trying to conceive, but apps like this one make meticulously tracking your cycle easy. For single women who want to avoid pregnancy, tracker apps are the purview of what New York magazine famously called the “pull-out generation.” They are also helping an old birth control approach to come back into vogue: the rhythm method.

Just as tracking apps appeared, a report from the U.S. government’s National Center for Health Statistics reported that 18 per cent of more than 12,000 women surveyed between 2006 and 2010 had, at some point, used periodic abstinence for birth control, and 60 per cent had occasionally used withdrawal. Meanwhile, on its website SexualityAndU.ca, the Society of Obstetricians and Gynaecologists of Canada reports that, of all the natural birth-control methods out there, the fertility awareness method (or FAM) is the best, at 75 to 88 per cent effective for the typical user (95 to 98 per cent with perfect use). Withdrawal results in pregnancy in one of five users, while the rhythm method is the least effective option on the planet and is not recommended.

“I was conceived on the rhythm method,” jokes Amy Sedgwick, holistic reproductive health practitioner with Red Tent Sisters, an alternative contraceptive clinic in Toronto and trained instructor in fertility awareness. Confusion with the rhythm method is “probably its biggest downfall.”

“The rhythm method looks at your past cycle and tries to predict future cycles,” says Sedgwick. But stress, poor diet, and travel make regular cycles rare for modern women. “Conversely, FAM looks at your day-to-day fertility—your temperature, mucous, position of the cervix—and tells you if you’re fertile that day.”

The process isn’t easy. “I had to do a four-class lesson to learn,” says April Cantafio, a 29-year-old yoga teacher in Edmonton. After more than a decade on the pill, Cantafio ditched the hormones in favour of fertility awareness, specifically the Justisse method. For 10 months, she has charted her cycle morning and night. “There’s a steep learning curve,” she admits.

Justisse is currently rolling out an app in a crowded market. Before Forster settled on her current pick, she experimented with Clue, Glow, Jazz, Kindara, Cycles, Period Plus and Groove. “I even tried the ones that let men track their girlfriends’ cycle,” she says. “Every last one of them is creepy and gross.”

App makers are experimenting to strike the right tone for fickle consumers. Some, like My Cycles, are bright pink with enough flowers to fill a garden; Clue’s tagline, meanwhile, is “Confident. Scientific. Not pink.” Toronto native Will Sacks, now based in Colorado, created the Kindara fertility-awareness app in 2012 with his wife after she dropped a fertility textbook in his hands. “It just blew the doors off everything,” he says. “I knew nothing about women’s bodies—nothing about basal temperature or progesterone or cervical fluids or even ovulation. And I had an engineering degree.”

When they started up, “all the apps where cutesy pink—we wanted to create something up to the task of real birth control.” Half a million users have already downloaded the free app, and in June Kindara is launching “Wink,” a sleek thermometer that wirelessly imports temperature onto your mobile phone.

Still, Sacks advises new users to stick to condoms for a few months. “You have to follow the rules and you know what you’re doing, which takes time to learn,” he says, suggesting women chart cycles for three months and have their strategy reviewed by a professional. “It’s like riding a bike: shaky at the beginning, but once you’ve got it, you’ve got it.”