There's no easy way out for RIM

Without a niche in the marketplace, RIM may be on its last legs 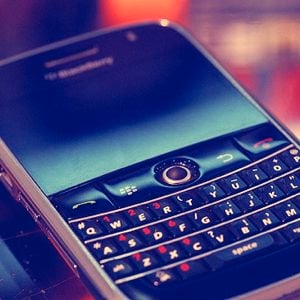 Now is the time for all the armchair CEOs to tell Thorsten Heins how to do his job.

Given that I’ve covered RIM’s weak-kneed responses to snooping and censoring abroad, my knee-jerk asnwer is to suggest that their best bet is to really and truly protect their customers’ data (all customers, not just “enterprise” clients). They should earn again Blackberry’s fading rep as the most security-minded mobile device out there and build a niche as the safest phone you can buy. Would that be enough to reverse their downward spiral? I really don’t know.

Should RIM focus on marketing, as the new chief executive believes? Their messaging could use some work, sure–but it would help if they had some killer products to market, which they don’t.

The truth is that RIM’s problems are the industry’s. There is no big innovation in the works with smartphones. They’ll get faster, they’ll get a bit smaller, and after that it’s all just endless variations on a theme. There are obscene gobs of money yet to be made by selling smartphones, but competing with Apple to create the slickest, priciest handset out there is a sucker’s game. The real money will be made by dozens of also-ran manufacturers out there already flooding Second- and soon Third-World markets with cheap-o smartphones. And these all run Android.

RIM can’t go upmarket or down. I suspect it’ll just go away.