He was clumsy and unlucky, but not a terrorist 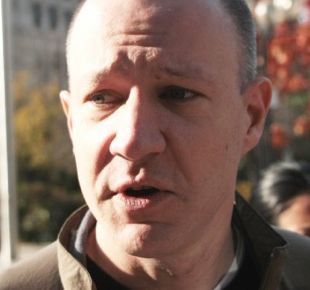 The Yiddish language is wonderfully precise when it comes to put-downs. Consider this famous explanation of the difference between a shlemiel and a shlemazl:

“A shlemiel is somebody who often spills his soup; a shlemazl is the person the soup lands on.”

Byron Sonne is a shlemiel and a shlemazl. He is clumsy and unlucky. But he is not a terrorist.

Driven by curiosity, hubris, and a genuine desire for social justice, Sonne poked and prodded the $1.2 billion “security apparatus” of the 2010 G20 summit in Toronto. He wanted to know if it was in fact just “security theater”–an expensive display of pomp and barbed wire that would never thwart an actual terrorist. Simultaneously, he wanted to know if it was too effective, if the heightened atmosphere around the summit meant that police were forgetting people’s rights. And he wanted us to know too, so he documented everything he did.

Sonne, who goes by TorontoGoat on Twitter, offered himself as a sacrificial lamb–a hapless animal who pooped on the cops via the Internet. His experiment was scattershot–he uploaded incendiary political texts of every nature to test if he was being surveilled. He flexed his freedom of speech by calling police “bacon” on Twitter. He tweeted about how the $9.4 million security fence could easily be climbed, but did not exactly say that it should be. All of this would likely have gone unnoticed if @torontogoat hadn’t clomped around the fence perimeter, shooting video. Taking pictures is not a crime, so the cops, unable to charge him with anything, threatened to take him in for jaywalking as an excuse to see his I.D. He complied with this “ruse,” as the authorities themselves have since described it, and that’s what brought the full force of law enforcement down on his head. When the cops finally googled Sonne, they went to town on him. He was surveilled, searched, arrested, questioned for 12 hours without a lawyer, and thrown in jail. Sonne spent 11 months locked up, awaiting bail. During that time his wife (also arrested, charges since dropped) left him.

So there’s your shlemiel–Byron the clumsy. As for the unlucky shlemazl, let’s consider the most serious charges Sonne faces during his trial, which continues today: four counts of “possessing explosive materials.” During their search of his Forest Hill home, police found chemicals that can be used to make explosives. That’s not so unusual–most of us have chemicals in our homes that can be used to make explosives. But actually whipping them up into something volatile may get you into serious trouble. It’s hard to imagine a good reason to do so, unless you’re trying to make some homebrew rocket fuel.