Canada to U.S.: please blacklist us! 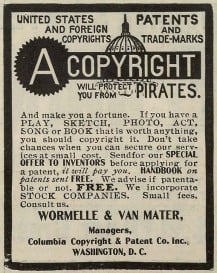 Hyper-vigilant Internet Law Prof Michael Geist seems to be the first to have combed through the latest batch of WikiLeaks diplomatic cables, searching for any document containing the words “Canada” and “copyright.” And guess what he found?

So why would Canada want to be on this list? Because it might shame the public into accepting the Conservatives’ backwards copyright bill, which made breaking any digital lock for any reason a crime. The bill died prematurely when the last federal election was called, but it’s expected to be back soon, and there’s no reason to believe it will be changed in any meaningful way.

If you’re new to the copyright reform issue, it may surprise you to learn that the federal government has been routinely selling us out to the U.S.

But if you’ve been following this stuff for a while, it’s no great shocker.