How to mark the 20th anniversary of the Netscape Navigator?

After all, it was probably responsible for a permanent change in your neurology and in the essentials of your lifestyle 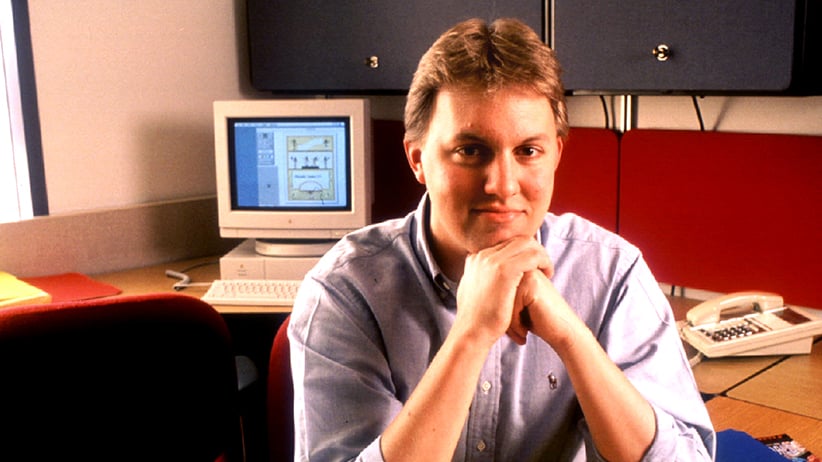 The Netscape Navigator web browser celebrated its 20th anniversary this week. For many of you, Netscape will have been the first browser you used, and was therefore your first introduction to ubiquitous digital connectedness. This, in turn, means it was probably responsible for a permanent change in your neurology and in the essentials of your lifestyle. Which seems worth observing—or mourning, according to your view of it.

When I say “Netscape,” of course, your instinctive reaction is probably to recoil at the memory of crude, dead technology. You think of four-digit baud rates, image files loading with agonizing slowness, and the raspy scream of the old-fashioned modem. But Netscape, practically speaking, probably changed your life much more than changing religions or cities or even spouses would.

Even if you are a literal hermit who has never come within five metres of a computer, you have some relationship to the browser and its consequences: It has altered politics, decided elections, changed regimes, reshaped the economy, exploded and reassembled the media, transformed the news. The children raised with (within?) the browser will have consciousnesses we cannot comprehend. They will live according to axioms, and on the basis of expectations, that are foreign to us, and that would be foreign to every generation of humans that has hitherto lived.

I know Netscape is turning 20 because Marc Andreessen, the key man in its development, has been tweeting nostalgically about it. Andreessen is one of those vaguely libertarian techno-optimist quajillionaires who have become familiar enough in our time to be parodied on TV (in the form of Mike Judge’s sublime HBO series Silicon Valley). These businessman-intellectuals are obsessed with world-cleaving technological disruptions to a comical degree. They see “creative destruction” as a moral imperative, almost to the point of disliking a business idea that has no destructive aspect. It sometimes seems as though, every other day, they are trying to put another middleman out of work, from bookstores to newspapers to hotels. Ask any cabbie about Uber, if you’ve ever got an hour to spare. (Warning: Be prepared to entertain a prolonged defence of inexcusable rent-seeking.)

Yet you would have to be extremely stubborn to ignore Andreessen on the topic of world-cleaving technological disruptions, since he is one of the people largely responsible for one. This is what is most interesting about techno-optimism in our time: It is natural for the rich to be optimistic, once they are rich, but, in fact, experience is largely on their side, and against the pessimists.

Moore’s “law” of computer-processor improvement—that it doubles in power every two years—is approaching its 50th birthday and has defied a hundred announcements that it was about to run out of gas. Bell’s analogous law of evolving computing platforms has “given” us the cloud and the tablet. Light-emitting diodes are following a Moore-like law of increasing efficiency. Already there are children in elementary school who have never heard a light bulb hum or been burned by heat from one.

If you are 35 or older, can you even remember the world of pervasive energy waste in which we grew up? Stoves that baked the whole kitchen, noisy fridges, televisions that grew warm to the touch? When did you last hear static? Does a child now aged seven know what it means to “hear static”?

We find it tempting to fret about housing bubbles, deflation, climate change, antibiotic resistance, overpopulation, population aging and rampaging economic inequality—even as we live through a second Gutenbergian revolution, and take it for granted, every day, that the accumulated knowledge and culture of the human species now exists at our fingertips. That is not even to consider the parallel revolutions that have accompanied the browser, and may have delivered even more hard cash value: FedEx and Amazon in logistics, Wal-Mart in the supply chain. Nor is it to count the economic revolutions that are just starting or potentially imminent: the electric car, the driverless car, 3D printing, the so-called “Internet of Things.” You could even add the dread oilpatch formula of horizontal drilling ’n’ hydraulic fracturing that has dumped Peak Oil on its keister.

Confronted with a grocery list of looming dangers to human happiness, the Andreessen type says, “At least half that stuff will blow away or become irrelevant overnight when solar panels hit a certain price point, solely because they did so.” Luddites will say this kind of attitude is vague, blasé, irresponsible. Perhaps they will tell it to each other in the caves where they are still waiting out the Y2K crisis.