Cheering for the Ashley Madison hackers is getting complicated 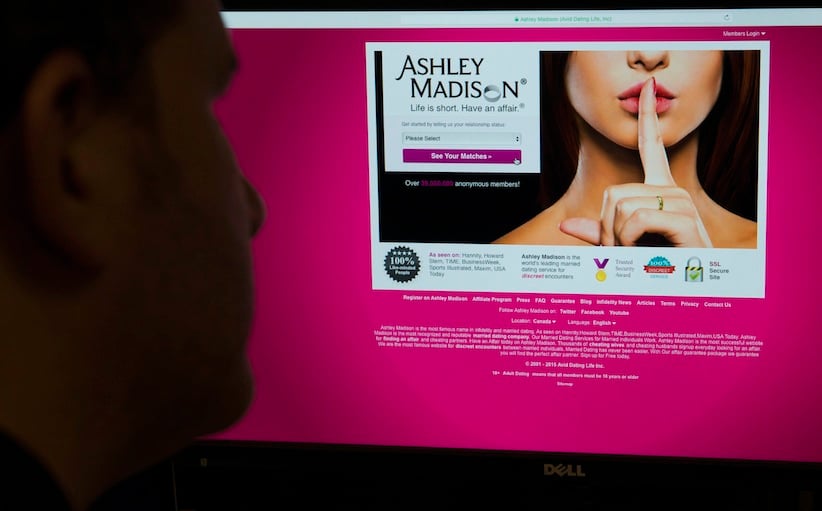 A man looks at the Ashley Madison website in this photo illustration in Toronto on Thursday, August 20, 2015. (Graeme Roy/CP)

A lot of people felt smug and gleeful when they found out that hackers had outed more than 30 million users of Ashley Madison, the dating website that promotes marital infidelity. The site is widely considered so deplorable that many cheered its demise; the public humiliation of its members was viewed as a coup.

But that initial reaction has become complicated over the last 24 hours. Toronto police have announced that at least two suicides may be linked to the data breach, one of the largest in the world.

That is what’s hushed the cheers a bit. Most reasonable people would agree that no one should die because of this scandal. Lose one’s family? A likely and understandable consequence. But lose one’s life? Whoa.

Doubly so, when you think about who else besides actual cheaters might have used Ashley Madison—such as suspicious wives checking up on their husbands; a divorce lawyer corroborating a case; or people who were “just curious” about what options existed but never acted on their urges.

These are some of the Ashley Madison members who have contacted Troy Hunt, an Australian security expert who “helps people establish if they’ve been impacted by malicious activity on the web,” as he puts it.

On Monday, Hunt posted a lengthy summary on his website of hundreds of emails he claims to have received from Ashley Madison users everyday since the hack. It demonstrates “the real-world impact of this incident,” says Hunt. It also reveals a stunning display of naïveté, regret and desperation.

Some people were surprised they couldn’t reset their account passwords, and that Avid Life Media, which owns Ashley Madison, wasn’t responding to their emails and phone calls. They couldn’t grasp it’s because there’s an international investigation under way; and the company that promotes adultery probably doesn’t suddenly care about your ruined life.

There have also been bizarre twists. One individual claimed in an email to Hunt that “adultery is a punishable offence under the U.S. Army’s Uniform Code of Military Justice,” and, while having an account alone didn’t constitute wrongdoing, he believed that the potential for termination was real. Another person told Hunt she received a call from her church, which had mined the data dump and found her husband’s email address was on the list of Ashley Madison users.

Almost 100 per cent of the emails Hunt says he received were from men; many wanted to have their information deleted from the data dump to “erase evidence.” Hunt cannot do this, and he declined requests to locate data for people about themselves or others. Among the cheaters’ laments: “I regret having signed up, and [I am] now terrified about hurting those around me,” and, “I can’t sleep or eat and, on top of that, I am trying to hide that something is wrong from my wife.”

There’s nothing remarkable about the fear and remorse these people express—except that, because of the hack, it’s on display for the titillation of strangers, some of whom may have cheated once, too. They just didn’t use Ashley Madison to do it.