Cord-cutting is no myth

New numbers reveal that Pay TV is in trouble 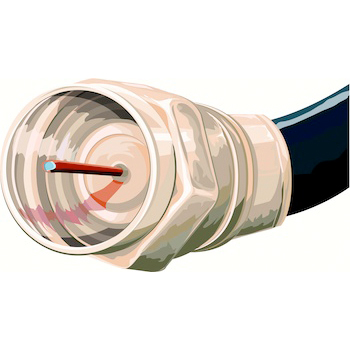 Some figures released by Reuters last week show that Pay TV is in trouble. In the U.S., where the economy is bad and Netflix is good, 400,000 homes have dropped cable in the past seven months. It’s about time.

The more you think about how the cable television business works, the weirder it seems. It makes sense for some people, who like having dozens of channels to flip through. Other people just want to watch things, like hockey or Game of Thrones.  But you can’t buy access to hockey or Game of Thrones.  Instead you have to buy ongoing access to dozens of channels of round-the-clock programming that you may have no interest in.  Imagine if in order to get your hands on a copy of the Steve Jobs biography, you had to buy a year-long subscription to something called “books” and then upgrade to “premium books”.  Then, you couldn’t just pick the Jobs book, but would be forced instead to choose an entire section called “technology books”.  You might have to bundle it with a few other “premium” sections.  We wouldn’t accept those terms with any other kind of content, but we accept it with cable, mostly just because it’s always been that way.

But it’s not that way anymore.  Actually, it hasn’t been that way for a while now. A  mass exodus from cable TV to various forms of Internet video (legit or otherwise) has been predicted for years. Cable companies started worrying about “cord cutting” a decade ago. But subscriptions stayed strong. Few households contained people with the skills or time to connect laptops to screens, install digital antennas, figure out Bittorrent, or do any of the other geeky things needed to replicate the cable TV experience without the cable.  En masse cord-cutting was dismissed by the cable TV industry as a fantasy.  “Most of our customers,” said Dave Purdy of Rogers, “want it to be simple”.

He was right, of course. People love simple, and are willing to pay more for it. The trouble for Purdy though is that cord-cutting is getting simpler every day, while Pay TV stubbornly remains quite complicated.  Last month, for example, the CRTC sided with Bell Media in their “unbundling” decision: subscribers will finally be able to pick and choose which specialty channels they want. But to pick one channel, users will still be forced into bundles where they must pick 19 other channels as well. And they can expect to pay more per channel for the privilege of this choice.

If simplicity is the only edge cable TV has on the Internet, cable TV is in trouble. The Internet is quite good at simple. Once a bunch of geeks make a complicated thing possible, a different bunch of geeks make that thing really, really easy.  How long before some startup offers a turnkey solution for cord cutting? A one-time fee that will get you a geek in your home to do the wiring and a beautifully designed app to navigate the wealth of content now available online?  Pay TV on the other hand has bad usability and a business model that more and more consumers are starting to question.