Did a BlackBerry hack bring down DSK? 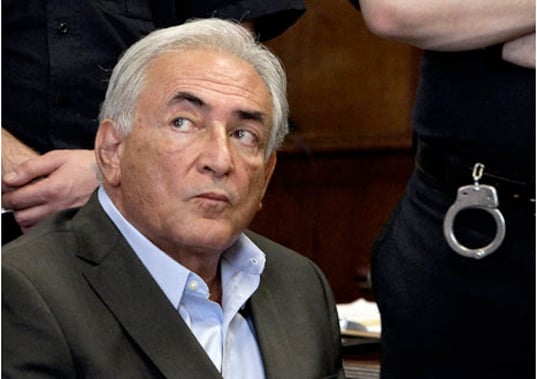 This year may go down in history as the year of the phone hack. Vulnerabilities in mobile communication have, in one way or another, revealed everything from News Corp’s moral turpitude to Scarlett Johansson’s bum. According to a report by investigative journalist Edward Jay Epstein in the New York Review of Books, phone hacking may also have changed the course of European history, if not the world’s.

The article suggests that Dominique Strauss-Kahn’s enemies hacked his BlackBerry in order to engineer the set-up that destroyed his political career. The scandal has of course resulted in DSK’s resignation as director of the International Monetary Fund at a crucial moment for the euro, and scuttled his once-likely election as France’s next president. Could all of this have been avoided if DSK had had more uppercase letters and weird punctuation marks in his password?

We may never know. Some time after DSK’s disputed sexual encounter with hotel maid Nafissatou Diallo and before his arrest, his BlackBerry vanished. Even before that, DSK suspected that his phone was compromised–a friend working in Sarkozy’s political party offices had told him she had found a copy of a private email he had written to his wife, that had somehow been intercepted. DSK had made arrangements to have his device checked for bugs or tampering upon his return to France.

If his phone hadn’t gone missing, an examination may have turned up some kind of spyware on the phone that was sending DSK’s keylogs and GPS data to a “man-in-the-middle” snoop. But even if the phone came up clean, he might have been hacked in other ways. Perhaps a vulnerability lay within BlackBerry’s enterprise servers, and not with DSK’s phone at all. It’s possible that RIM was handing over DSK’s data to French authorities willingly–they certainly have divulged their customer’s info in other countries when the State came knocking. But, if indeed there was a hack, the most likely scenario is that DSK somehow compromised himself by using the same password for different services, or by falling for a phishing attempt, or simply by using a password that a brute-force or rainbow table attack could guess.

The truth (as white-hat hackers keep warning us) is that our mobile communications are never as secure as we think they are. Even Obama’s presidential-grade BlackBerry is only as secure as the people he’s communicating with.

It might take an international political intrigue/sex scandal conspiracy to drive this point home. And then again, even that might not be enough.