'I don't know about you, but I had a relaxing summer Monday this week' 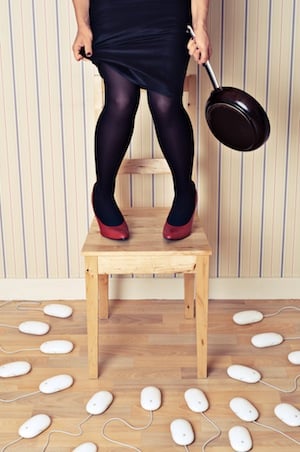 You probably heard about the DNSChanger malware, but you didn’t hear it from me.

Last weekend, thousands of newspapers gravely foretold of a coming digital doomsday that would be upon us in a matter of hours. Monday, July 9th was to be the day the Internet plunged into “blackout” darkness. It was a twist on the same paranoid soothsaying we’ve been hearing since the no-show Y2k bug. But this time it was really, really, really going to happen, since no lesser authority than the FBI had issued a warning saying so.

I don’t know about you, but I had a relaxing summer Monday, some of it spent online. The DNSChanger malware may indeed have inconvenienced some people, but for 99.99999% of us, yesterday was just another day on the Internet. Unsurprisingly, few news outlets publicized the absolute normalcy of life online yesterday.

It’s time for the media to grow up about computing. Technology plays too big a role in public life for news organizations to behave like bipolar lunatics, forever bouncing between uncritical praise for Apple’s Next Big Thing and untempered hysteria over the Next Big Threat.

There are indeed threats to the open Internet. Cyberwarfare, state surveillance, corporate control and censorship are among them. They are worthy of constant attention and regular coverage, and they rarely hinge on all-or-nothing, make-or-break doomsday scenarios.