Expert witness: Will information from a fitness tracker hold up in court? 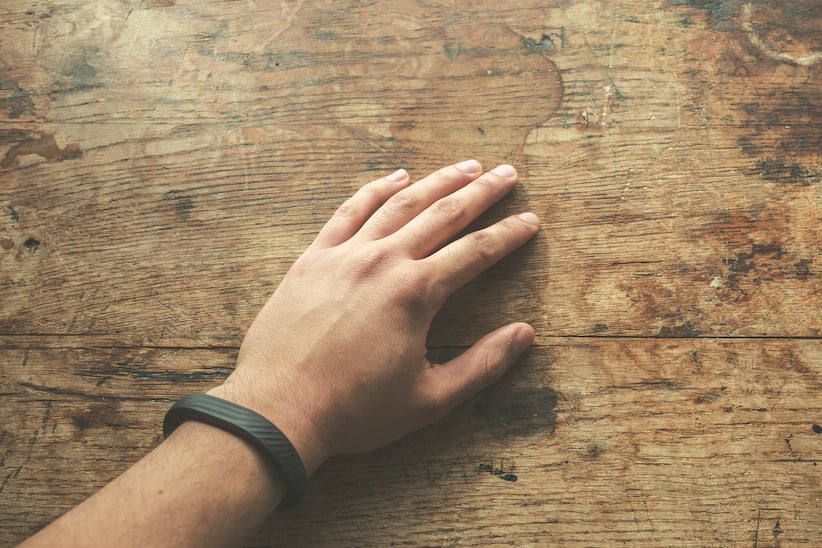 As chief of surgery at Calgary’s Foothills Medical Centre, Dr. Richard Hu was often asked to give his expert opinion of personal injury lawsuits. Such cases typically drag on for years in a high-stakes game about how to compensate someone for injuries that are difficult to diagnose, such as back pain, headaches and whiplash.

Recently, Hu approached a Calgary law firm with a novel suggestion: Ask a client to wear a Fitbit—one of several popular wrist-worn fitness trackers that promise to log the number of steps taken, calories burned, and even sleep quality—and use the data it generates to help support a claim. The ﬁrm jumped at the opportunity to test the legal limits of the emerging technology in a case involving a Calgary personal trainer who was injured in a car accident four years ago. By having their client wear a Fitbit for several months, the lawyers hope to offer proof that the woman is far less active than someone of the same age and profession.

“Prior to this, all we really had to put forth to the insurance companies was what our client was saying to her doctors,” says Jelena Markovic of McLeod Law, one of the lawyers working on the case. “If we have actual evidence to show that her activity levels are lower for somebody her age, then that backs up what she’s saying. It’s all about evidence, at the end of the day.”

The case has already garnered international attention as the first known lawsuit involving data from a fitness tracker. Many believe it’s the tip of the iceberg when it comes to the ways in which wearable technology can be used to help people track their health, win legal battles or even lower their insurance premiums. But the technology can just as easily be used against them. “It’s going to open up a whole load of new legal issues,” says Markovic. “It would be naive to think [others] are not going to try to figure out ways they can use it to their advantage.”

Wearable technology represents the latest frontier in the legal battle over the expanding array of digital data, says Jim Mays, a personal injury lawyer with Siskinds, who is not involved in the Calgary lawsuit. Courts have already built up substantial case law on whether information posted to sites such as Twitter and Facebook can be considered public, or relevant to a case. It’s only a matter of time before that extends to wearable trackers. While courts have yet to grapple with questions such as how accurate such devices are, or how difficult it would be for someone to fake physical activity, those battles are coming. “As defence council and plaintiffs’ lawyers become better educated, all these issues will start making it into the standard questions, and we’re going to have more of these fights,” Mays says. 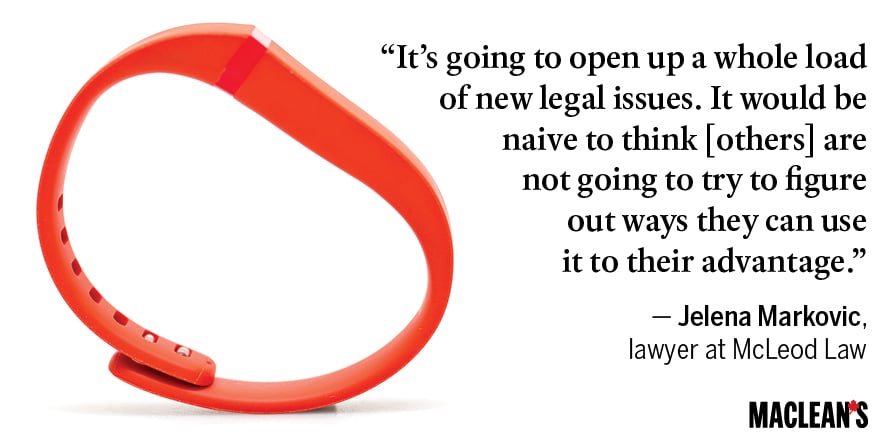 For Hu, the Calgary case is more than just idle curiosity. Earlier this year, he left his hospital post to head Vivametrica, a health-data analytics company he co-founded. Vivametrica promises to bring scientific rigour to the explosion of data consumers are collecting on themselves. By comparing data from wearable trackers to other health data collected by government agencies and past medical research studies, Vivametrica’s doctors can offer a picture of how someone’s activity level compares to the general population’s. What’s more, the company says it can use fitness data to make predictions of someone’s risk of developing diabetes and heart disease.

That’s useful information for people looking to improve their long-term health. However, Vivametrica is initially targeting its services not at the public, but at law firms, corporate wellness programs and insurance companies. (Vivametrica is in talks with a major U.S. insurance company to test the accuracy of wearable devices in a pilot project next year. Markovic’s firm will be using the Vivametrica analysis of its client’s Fitbit data in its lawsuit.)

Hu says he’s hopeful the technology will help people improve their health, whether for personal satisfaction or to lower insurance premiums. Yet he’s also aware that companies like his are opening the door for those who want to use the devices in ways the public may have never anticipated. “It remains to be seen whether this is a net positive for the consumer, or a net negative,” he says.