Facebook's going public, and so are you

Why the tech behemoth may accelerate the erosion of privacy 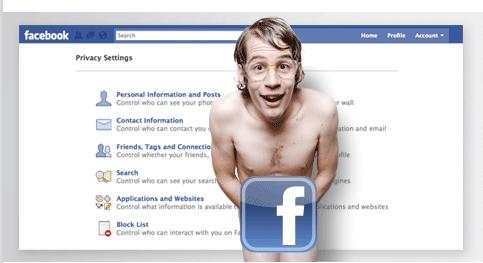 Since launching eight years ago, Facebook has navigated an uneasy tension between profitability and privacy.  From the start, Facebook had marketers and advertisers salivating. Forget surveys, forget guesswork, forget market research. Here was a fun, “free” service that somehow compelled users to willingly divulge the most intimate details about themselves. Facebook now owns the most comprehensive and accurate marketing database that the world has ever known. If fully exploited, it could all but guarantee that no advertiser ever waste money on a false impression again: no middle-aged man need ever see another tampon commercial, no teenager need ever again be urged to refinance their mortgage. Every dollar spent on an ad would connect products with people who might actually buy them.

What’s more, if our data were unleashed, Facebook ads could completely and shamelessly be integrated into users’ social lives. Knowing that consumers are far more likely to make decisions based on information from friends than from companies, advertisers have been pressuring Facebook from the start to open up more and more user data for use in campaigns. And Facebook has slowly complied, first with its ill-fated Beacon program and now with its Timeline Apps.

But Facebook has yet to fully sell out its users. It has carefully and slowly nudged us two steps at a time out of our privacy comfort zones, and then retreated one step back when inevitable backlashes arise. It has placated privacy commissioners and quietly settled lawsuits, all the while grooming users for greater degrees of disclosure. It endured early criticism that its revenue was disappointingly out of whack with its staggering popularity. It could withstand this negativity and expose us at its own pace, because it was a private company.

As a publicly traded company, Facebook will now be legally obligated to do everything it can to always increase revenue for its shareholders. Though it has seen remarkable revenue growth in the past few years, it’ll take much more to justify its evaluation and satisfy rabid investors who will want to see quick gains, lest Facebook be seen as “the next Groupon,” a failure out the IPO gate.

Luckily for Facebook, it has been hoarding its most valuable asset, which it can exploit at any time for a quick boost: You.