Freedom to hyperlink has copyright consequences

How a recent Supreme Court ruling could impact torrent sites 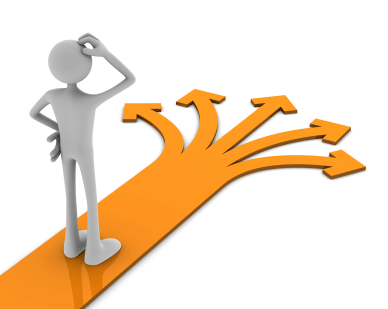 The Supreme Court of Canada gets the Internet.  This week, it unanimously ruled that linking to libelous or defamatory content is not the same thing as publishing libelous or defamatory content. The case involved a former Green party campaign manager, Wayne Crookes, who wanted one Jon Newton to remove links from an article about Crookes on his website. While Newton’s article was not libelous, Crookes felt the material he linked to was. Publishing the link, Crookes’s attorneys argued, was no different than publishing the material it linked to.

The Court did not agree.

First of all, there’s an unsolvable technical problem involved in deeming linking and publishing to be the same thing. Unless I’m linking to my own content, I have no control over what lies at the other side of my link. The page I link to today may change tomorrow. If linking in Canada were to be considered publishing, then publishing would instantly become too risky to pursue for anyone with assets to protect. It would be like telling a cookbook publisher that the latest tome about cupcakes they just sent to the printer may or may not hit stores with images of child pornography included.

The effect on the Internet in Canada, the Court ruled, could be “devastating.”

There are other reasons why the ruling makes sense—chief among them is common sense itself. A link is not (necessarily) an endorsement. I might link to something specifically because I find it stupid, offensive, or appalling. A link, the court ruled, is simply a reference—like a footnote, and the context surrounding the use of a reference is paramount.

But it gets more complicated still. All of this talk of publishing and footnoting, though useful to a degree, ultimately fails to recognize that the Internet is its own new thing, and not simply an electronic extension of print.

I don’t have control over what lies on the other side of my link, but I don’t necesarily have control over the links on my own page, either. If I allow comments on my site, then anyone can throw a link up on my page. And what about search engines? Google “publishes” billions of links on their own page that no human has (or could have) ever vetted. Any libelous, defamatory, illegally pornographic or copyright infringing web page on the Internet could potentially show up as a link on Google.com. To hold Google responsible for this content would be to shut down Google.

And what about other search engines? Isohunt, a Canadian search engine specializing in providing links to torrent files, is currently embroiled in legal conflict with the Canadian Recording Industry Association. CRIA argues that since the primary purpose of Isohunt is to connect users to infringing material, then Isohunt itself is guilty of infringement. In other words, at least in Isohunt’s case, CRIA thinks linking should be considered the same thing as publishing. The Conservatives’ copyright bill (C-11), currently being debated in Parliament, lends considerable heft to their argument. It decrees that if a site is “primarily designed” to enable infringement, then it is guilty of infringement itself, even if it publishes no infringing material. (Once the bill is law, expect Isohunt to rebrand itself as “Niceohunt,” a site primarily designed to link users to nice pictures of cute little kittens, and then, to some lesser degree, torrent files.)

The point is, with the Supreme Court of Canada ruling in favor of our right to link, and with Parliament about to make C-11 a law, the legal battles over the Internet in Canada may just be beginning.