Navigating through the new interface feels a lot like work 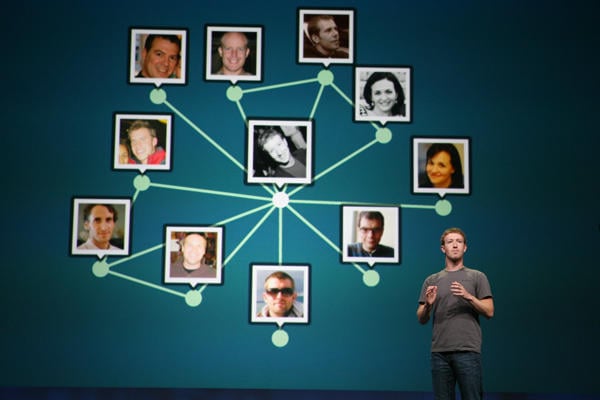 It’s either Facebook or it’s me: one of us has lost the plot.

Like most people, I’m baffled by the new layout. The faux-Twitter feed with its annoying pop-up balloons, crammed in the top right corner, is apparently called the “Ticker.” It competes for my attention with a list of my online friends below. Some have green dots next to them, and some phone icons. Some suddenly pop up, demanding live text chats. Do I have a green dot? I haven’t a clue.

My traditional News Feed has changed–the friends I want to hear about seem to be gone, replaced by others Facebook has prioritized by some mysterious logic. Someone posted instructions on how to change this back, but I can’t remember who it was and what to search for. Between the News Feed and the Ticker (and isn’t the Ticker also a News Feed?), there are faces of strangers I am encouraged to “subscribe” to. What does that mean? Has “friending” become “subscribing”? Will they know I’ve subscribed to them? How about everyone else? Who has subscribed to me?

Here and there I see odds and ends I’ve never used and never will, like “Lists” and “Ask a Question.” There are two “Events”  buttons on either side of the page. Somewhere in the dark recesses of my profile is a “Group” I started years ago. I tracked it down, and was told that Facebook will soon be “archiving” (deleting?) it, and I’d better start a “Page” instead, which I guess is better. But I can’t be bothered to bother everyone for this. I tried to turn on the new “Timeline” layout to see what it’s all about, but when I clicked “Sign Me Up”, Facebook rejected me. Is the feature unavailable to me specifically, or to all Canadians? Am I too late, or will everyone eventually be automatically “Timelined”? The prompt won’t say.

So what do I need all this for?

I find myself spending less and less time on Facebook these days.  As it turns out, that doesn’t stop Facebook from spending more and more time on me. Even when I’m logged out, Facebook’s sticky cookie is tracking me, reporting my surfing habits back to the Zuckership.

Nasty invasions of privacy from Facebook are nothing new, but in the past one could tolerate those trespasses because the site was so engaging.  I never trusted it, but I found it entertaining, so I kept coming back.  But lately my sessions have become baffling and unpleasant. Managing my profile feels a lot like work.

I’m not ready to leave just yet–that still feels too much like opting out of social life itself. But I’d increasingly like to leave.

And I can’t imagine I’m the only one.