How a gamer fight turned into an all-out culture war 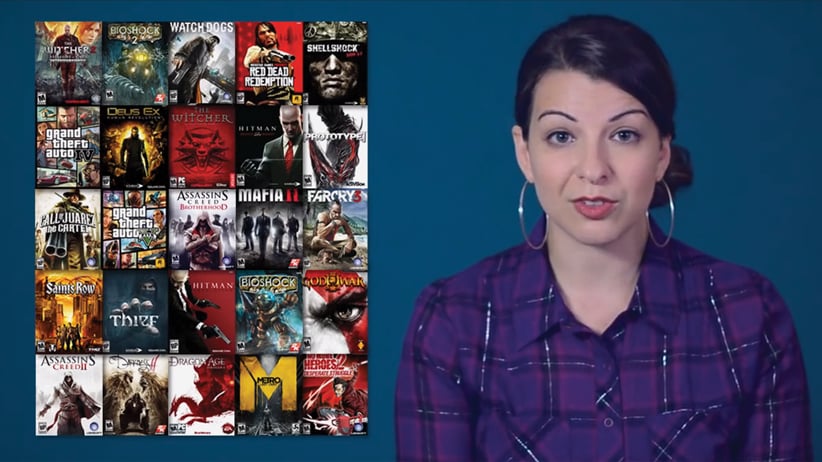 The “GamerGate” movement is described by its supporters as a campaign for ethics in video game journalism, calling attention to bad or corrupt product reviewing. But somehow it wound up focusing a lot of attention on Anita Sarkeesian, a Canadian-born feminist who doesn’t review games per se; she denounces their sexist stereotypes in a web series called Tropes vs. Women, pointing out that female characters get killed or rescued a lot. The ethical issues involved in GamerGate haven’t always been clear; it started with a false allegation that game designer Zoe Quinn had slept with reviewers in exchange for good press. Sarkeesian, who has since received a number of threats and denunciations, told the Guardian the whole movement is about the harassment of “women who speak out or make critiques.” Whether it was supposed to be or not, GamerGate is largely about women.

GamerGate has become a feud between two sets of video game fans. On one side, you have the main demographic for video games: young white males who love the form’s traditional mix of violence and sexy women. On the other, you’ve got critics and players who want games to be less reliant on shots of women’s butts.

The GamerGaters have portrayed themselves as loyal customers belittled by the critics and reviewers who are supposed to help them decide what to buy. Many complaints against reviewers involve what Jordan Ephraim of What Culture called “being talked down to by closet-bigot journalists” who accuse their audience of being sexists.

GamerGaters were particularly furious when Leigh Alexander, a writer for the gaming site Gamasutra, proclaimed that “ ‘gamers’ are over,” deriding them as “young white dudes with disposable income who like to Get Stuff.” A campaign organized on gamer-friendly sites such as Reddit and 4Chan, called “Operation Disrespectful Nod,” convinced Intel to pull its advertising from Gamasutra over the article, though the company backtracked and reinstated its ads a month later. Some saw it as a triumph against so-called “social justice warriors” who want to write old-school gamers out of the medium. Others saw it as a backlash by angry white men.

None of it is quite that simple: Female and minority GamerGaters invented the #NotYourShield hashtag to chide those who assumed that they’re all white guys. Most GamerGaters, though, share a dislike of what they see as political correctness in gaming. “I do think that it’s not just ‘ethical issues’ and GamerGate is a backlash against feminism,” says libertarian columnist Cathy Young, who wrote about GamerGate in Real Clear Politics. “But it’s a backlash against a particular kind of feminism, one that has a tendency to look obsessively for offences, read ideology into everything, and demonize male sexuality under the pretext of stamping out ‘the objectification of women.’” People like Sarkeesian, who once called herself “not a fan of games,” or Quinn, creator of the mental illness-themed game Depression Quest, are seen by some gamers as interlopers, trying to suck all the fun out of their favourite medium.

That also explains why GamerGate has attracted commenters who don’t usually care about games, but do have a political interest in the culture-war issues involved. The star conservative journalist in GamerGate is now Milo Yiannopoulos, a columnist for Breitbart London, who had previously denounced gamers as “beta-male bollock-scratchers and 12-year-olds.” His column these days consists of non-stop accusations against “feminist bullies” trying to ruin games for real gamers.

The fact that some GamerGaters see the issue as a life-or-death battle of the sexes may help explain why a small number of them will do anything to defend their side. Supernatural actress Felicia Day wrote an anti-GamerGater article and instantly found her contact information posted online. Sarkeesian cancelled a speech at Utah State University when someone threatened to shoot up the school in retaliation for her comments. The email was signed “Marc Lépine,” a tribute from one anonymous woman-hater to one of the most notorious in recent memory.

No one knows yet what effect GamerGate will actually have on the place of women in gaming. Incidents of harassment may have actually helped feminists by reinforcing their very critique of gamer culture, and Sarkeesian got to go on The Colbert Report to make her case to a big international audience. But some have argued that the movement, and the sense that games are for traditional gamers only, is already having a chilling effect on people who might be thinking of playing or designing games. Brianna Wu, a game developer who received death threats, wrote in the Washington Post that some critics and developers have already dropped out, deciding “the personal cost was too high.” In other words, even if feminists won the battle for public support in GamerGate, the real winners may be a minority of game fans—a loud minority—who don’t want anyone interfering with their damsels in distress.