GoDaddy hacked by Anonymous? Not likely.

How an improbable hack got some awkward media coverage 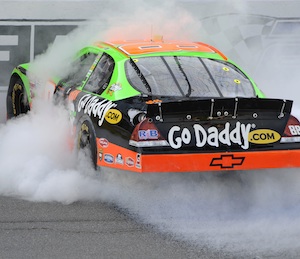 All of this is very silly. Anonymous isn’t an organized group of any kind and has no office or officer to make anything official. It has no leaders of security or of anything else, but I guess it does have affiliates. You become one by being anonymous on the Internet. Are you logged in to Macleans.ca right now as you read this? If not, you are a person affiliated with Anonymous.

Whoever @AnonymousOwn3r is, they’ve gained notoriety and thousands of new followers in the last 24 hours and are likely having a laugh at the media right now. It might be a big laugh, because @AnonymousOwn3r might have had nothing to do with GoDaddy’s troubles.

GoDaddy is claiming today that they were not, in fact, hacked at all. CEO Scott Wagner said in a statment today that the outage had nothing to do with a hack or with a denial of service attack, Anonymous’ brute force method of pushing sites offline. Instead, it was “due to a series of internal network events that corrupted router data tables” (which is totally what I thought it was from the start).

Could Wagner’s statement be face-saving bluster? Possibly, but if so, he would be playing a very risky game. Hackers are usually all too happy to provide technical proof of their deeds, and if necessary, demonstrate their “ownage” of a site by smacking it offline again. @AnonymousOwn3r is assuring doubters that he or she is the real deal and linking to GitHub text purportedly documenting GoDaddy’s vulnerabilities.

As security experts analyze this, we’ll find out who is lying: CEO Scott Wagner or @AnonymousOwn3r.

My best guess? GoDaddy went dark due to some internal technical glitch, some random indvidual took credit, the media ran with it, and “lulz” ensued.