Google fights piracy... except its own? 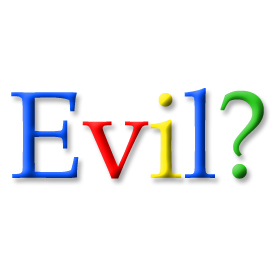 Google will forever be judged against its mission and its motto.

Must I repeat them? Okay, then. Google’s mission is “to organize the world’s information and make it universally accessible and useful.” Google’s motto is “don’t be evil.” Like Charles Foster Kane’s “Declaration of Principles” when he took over the Inquirer in Citizen Kane, these lofty statements were proudly and publicly made by a young, idealistic company that wanted to police its future self against the corrupting influence of success. Today, Google wants to police you, instead.

Google just announced it will begin downgrading known piracy sites in its search results. Soon, when you search for “watch Breaking Bad online,” you will be directed to AMC’s official Breaking Bad site, not to one of the many illicit streaming sites or torrent trackers that host or connect to pirated files. The idea, says Google, is to “help users find legitimate, quality sources of content more easily.” Sounds reasonable, right?

Not necessarily. In Canada, there is no legitimate source for watching Breaking Bad online. So if you type “watch Breaking Bad online,” the most relevant search result certainly isn’t AMCtv.com. Whether you want to view pirated files or not is up to you and your moral code. Google’s supposed role is merely to find you what you are searching for, to organize and make accessible the information you seek. In re-organizing this information to favour the interests of a private company over the interests of its users, in making the most useful information the least accessible information, Google is betraying its mission.

So what about the do-no-evil corporation’s own morals?