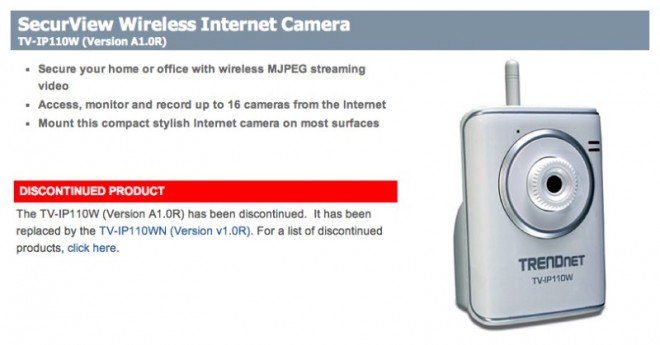 Is there some wise old saying about not carrying a weapon that you don’t understand, lest it be used against you? (By wise old saying, yes, I do mean something said in an 80s action movie.)

If such a movie exists outside of my imagination, it should be played on an endless loop to the customers of TRENDnet, a company that unfortunately chose the slogan “Networks People Trust.” TRENDnet makes, among other products, the SecurView series of Internet-connected security cameras. This is also an unfortunate choice of words, because it seems that SecurView cameras are not secure. 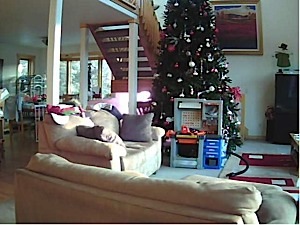 Last month, a blog called Console Cowboys publicized a flaw in TRENDnet’s cameras that allows strangers to peer into homes using SecurView cams. Even if the cameras were password-protected, anyone with a few findable pieces of data about a user could instantly gain access to a live-feed. Console Cowboys reported that they had gained access to 350 homes, and soon after they explained how, that number was up to 1000. The chaotic, anonymous 4Chan imageboards soon had nude screencaps for visitors to ogle.

TRENDnet is working to fix the problem. They’ve written new firmware for most of the affected models, but some of these cameras are five years old, and it may prove challenging (impossible?) to locate each and every person using one.

Which brings to mind another 80s movie, Revenge of the Nerds. Guys, you know which scene I’m thinking of.