How to close the gaming industry's diversity gap

While everyone insists diversity and inclusion is important, a solution for desegregating the gaming industry remains out of reach 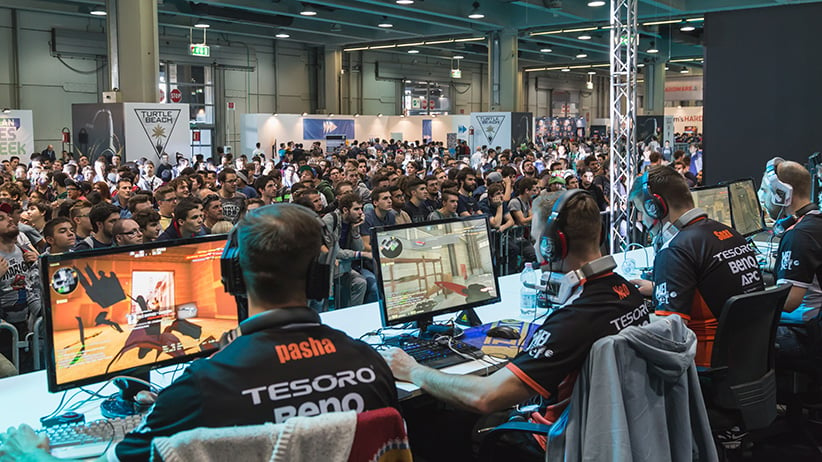 It’s a Thursday afternoon at the GameON Ventures conference, and Blair Leggett is tired. The two-day conference, hosted by InteractiveOntario, a non-profit digital media trade organization*, is an annual showcase for the province’s rapidly expanding digital media sector, especially that of video games and 3D animation. I attended as a panelist, along with other advocates, to discuss gaming for social good. During the Q&A session, Leggett raised his hand to ask Michael Coteau, Ontario’s minister of children and youth services, when the government will see the value in organizations like his, and begin offering support. Leggett, a barrel-chested man with the build and blunt attitude of a farmer, attended the conference with his wife and business partner, Jean, to advocate for the importance of their personal cause—diversifying the video game industry by training young women to become game developers. But there were no straightforward answers to be found; while the room agreed that diversity and inclusion is important, a solution for desegregating the gaming industry (as well as the wider tech sector) remains out of reach.

Video games are big business. With $91.5 billion in global revenues, the gaming industry more than doubles that of the international film industry. Rockstar Games created a high-water mark in 2013, when its release of Grand Theft Auto V sold $1 billion in units within 72 hours of its release. But the industry is plagued with representation issues, as is the broader tech sector. According to a survey by the International Game Developers Association, 83 per cent of game developers identify as white, 88.5 per cent identify as male, and 92 per cent identify as straight. Women make up a paltry 11.5 per cent of industry employees, and LGBT developers account for just over five per cent. When combined, Black and Latino developers make up less than five per cent, even though both groups represent the largest racial and ethnic minorities in North America.

These massive disparities exist, despite the fact that more than two-thirds of LGBT consumers identify as gamers, that racialized consumers (e.g. Asian, Black, Hispanic) are more likely than their white peers to be gamers, and that just over half of gamers are girls and women. The glaring difference between developers and consumers has sparked conversations about the way various groups are often represented through crude stereotypes, and removing barriers to entry for gaming enthusiasts of diverse backgrounds with their own stories to tell. In a Western world that is becoming more diverse by the day, the gaming industry has remained stubbornly ossified in a demographic skewed toward straight, white males.

MORE: Andray Domise on gaming co-opting the language of oppression

Jean Leggett, an English major with a background in motivational speaking and professional coaching, and Blair Leggett, a software engineer who has previously worked with industry giants Zynga and Electronic Arts, co-founded One More Story Games to provide a broader platform for cultural expression in gaming. In addition to their business, the Leggetts host game development camps for girls and young women in Barrie, Ont. When I asked them about the importance of representation, it was as if I’d punctured an overfilled waterskin; their frustrations with the industry status quo poured out. “We need to stop this Oriental/Occidental habit of ‘othering’ people,” said Jean. “Gaming is a diverse community and culture, and [the stereotypes] drive me absolutely bonkers.” She spoke of their desire to work closer with Indigenous communities, and to see their oral traditions represented accurately in gaming. “[Indigenous] communities have an amazing history of storytelling,” she said. “Imagine how much richer the industry would be, if youths and elders had a bigger opportunity to create and publish games.”

Blair chimed in with an observation on the difference their gaming camps made for young women in Barrie. “Everybody needs to have a shot,” he said. “When we have a class full of white boys…they just want to play games, they’re not that motivated. When it’s a complete class with girls, it’s amazing how hard they work. We have to remind them to take lunch breaks.” Blair credits this to a lack of adult mentors helping to steer girls toward creating games, rather than just playing them. When I asked him about the obstacles to educating young women in digital media literacy, Blair pointed to provincial education policy, which has yet to catch up with the realities of the digital age. “In public education, I don’t see that [government] instills technology as a priority,” he says. “The kids who aren’t either in private schools, or in rich neighbourhoods, don’t get that opportunity.”

On the other side of the issue is the gaming industry itself, which has also failed to adapt to demographic realities. When I spoke with industry advocate and former game design instructor Samantha Fraser, she was pessimistic about industry change—not only due to the lack of incentives, but because of the financial rewards that game companies continue to enjoy. “What do these companies have to lose? They’re making money, and they’re getting investors. This sounds like a terrible thing to say, but why do they even need inclusion?” Fraser suggested that government could offer more grant programs to hire co-op students and interns from diverse backgrounds, but was sheepish about the potential industry response. “They think that by having their beer o’clock and catered lunches…or by the government rewarding them for bringing ‘more jobs to Ontario,’ that they’re doing a stand-up job at doing good already. They don’t realize that they’re only doing the bare minimum because no one [in charge] is showing them how far the bar really needs to be set.”

And yet there are models for change that exist outside of the Western world. In Nigeria (along with West Africa), tech and gaming consumption is booming. With 91 per cent of Nigerians accessing the Internet through mobile devices, a massive new market has opened up for gaming. Hugo Obi, founder of Lagos-based Maliyo games, believes that the global market of diasporic Africans is an opportunity for better representation. “[In Nigeria], we started creating local content in the movie space, in the early 1990s…We built a booming movie industry just by telling our own stories about our backgrounds and challenges.” When I asked him what drives Nigeria’s emergent gaming industry, he described it as a natural evolution for a large, but underrepresented group. “Africans are already in the mobile space,” Obi said, “Who is going to influence the content they consume, when it comes to games? Will it be Western games, or do we create our own opportunities, the way we did with the movie industry?”

This is why the Leggetts made the trek from Barrie to the GameON conference, and why Blair raised his hand to ask what the Ontario government will do to help diverse youth carve out their own digital spaces. When I asked the Leggetts why they persevere, Jean spoke of her work with deaf youth, and their excitement at meeting a hard-of-hearing woman who runs a video game company. “If we don’t have adequate representation,” she said, “how do we expect people to develop empathy? And if you don’t see yourself represented, how do you know what’s possible?”

With 83,000 unemployed youth in the Greater Toronto and Hamilton area alone, optimism alone won’t help youth of diverse backgrounds create their own opportunities. When provincial educational systems don’t mandate tech literacy, the tech sector opens the doors almost exclusively to straight, white men. And as youth poverty and unemployment continues rising to staggering levels, it’s fallen on community tech educators like One More Story Games to bridge the gap as best they can. But without buy-in from the government or the gaming industry, the work is often done at their own financial expense. And without incentives from both consumers and government to shape the industry in a way that accurately reflects our broader society, the hope of everyone having their shot will remain out of reach.

CORRECTION, Oct. 26, 2016: An earlier version of this post described InteractiveOntario as a government agency, which is incorrect. It is an independent non-profit organization.