How unbundled cable could save Canadian television

Jesse Brown on the Conservative government's "pick and pay" pledge 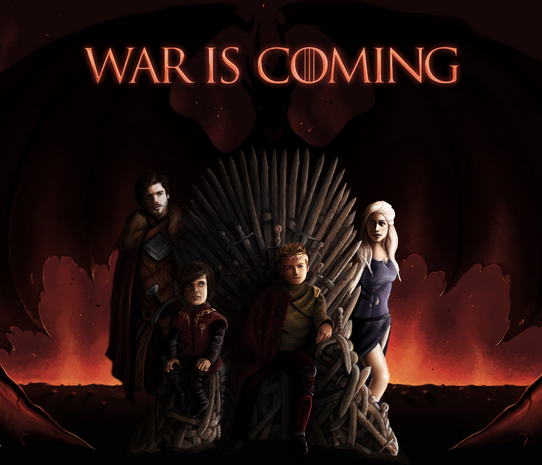 Canadians may soon have the right to pay only for the cable channels they want, if promises from Industry Minister James Moore come true. Speaking to the Canadian Press and offering a sneak peek at the coming speech from the throne, Moore hinted at this particularly shiny offering the Conservative government will be dangling in front of Canadians in their new “consumer-first” agenda.

If the move is a calculated ploy to curry favour with the frustrated, Game of Thrones and sports-hungry masses, it’s a damn good one. Even if it fails to produce the desired outcome, as it well might (more on this below), it goes a long way towards illustrating to voters that the Harper government is on the side of the little guy. But if a true “pick and pay” model is forced upon our cable and satellite providers, viewers won’t be the only ones to benefit. Despite how much they’ll hate the idea (and how hard they’ll fight it) it just might be the only thing that can save our providers, and the Canadian television industry itself.

Forcing subscribers into expensive bundles is widely regarded as a retrograde, pre-Internet, vanishing business model, akin to forcing listeners to buy a $20 CD in order to get a hit single. Even HBO is experimenting with new strategies that have American cable providers trembling. In Sweden, Finland, Norway, and Denmark they offer HBO GO as a standalone, Netflix-like app, priced at 10 Euros a month. They’ve also released a bunch of their top-tier offerings on Google Play, where you can buy shows an episode at a time. Viewers who choose this a la carte pricing will end up paying HBO more money than viewers who get HBO via cable: a full season pass can cost as much as $34.99. But they’ll also typically end up spending less in total than they would if they had to bundle up just to get their HBO. It’s a win-win for premium cable channels and their fans, but a loss for cable providers, who will lose subscribers in droves if more sports and premium channels turn to Internet distribution.

Switching completely to pick-and-pay is the cable and satellite industry’s best bet for longevity. But to do so would be to instantly turn away hundreds of millions of dollars from complacent subscribers who begrudgingly pay hand-over-fist for the few channels they actually watch. Many of these viewers haven’t discovered Internet-delivered alternatives yet, both legitimate and otherwise.

Eventually, they will. All of the major tech players–Google, Apple, Amazon and more–are working feverishly to provide a simple, user-friendly Internet TV product that will likely support cable subscriptions, but won’t require them. When (and not if) one of these companies cracks the problem and releases the iPhone of online TV, cable and satellite providers will face a sudden, violent displacement, and not the gradual one they’ve been banking on.

In Canada, this will have severe ripple effects. When we subscribe to Videotron, Bell or Rogers (the owner of Maclean’s), a significant percentage of our monthly fees are put into the production of CanCon TV shows. When we cut cable and turn to Netflix, Bittorrent, iTunes and Google Play, the Canadian production system gets nothing.

Switching quickly to a true a la carte system will mean a large, immediate loss in revenue for our broadcasters. Expect them to fight it with everything they’ve got, just as they fought the possible entrance of Verizon into our wireless industry this past summer. Even if the government pushes the ball forward, what results might not be the simple menu of channels that one imagines. Unless the legislation also regulates pricing, what’s to stop providers from offering each individual channel at a hyper-inflated cost that preserves the current order? Canadian consumers have learned to expect such tricks, but if our television industry doesn’t learn to take the government’s prodding as a blessing in disguise, the final joke will be on them.