Is Israel violating Twitter's Terms of Service? (and other stupid questions) 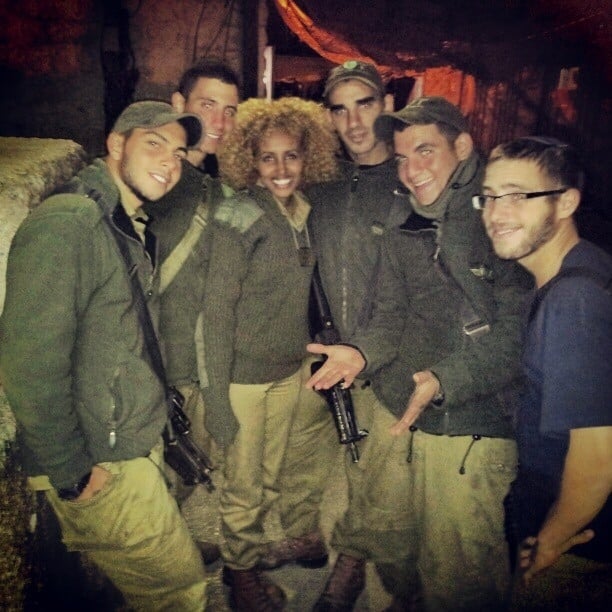 Israel and Hamas, whilst lobbing rockets at each other, are also engaged in a social media flame war. Each side is live–blogging, live–vlogging, and live–tweeting the escalating conflict. By now, this should surprise no-one, but punditry is agog: Jon Mitchell at ReadWriteWeb calls the IDF’s gamified blog “atrocious” and “horrendous,” Katie Notopolous at BuzzFeed calls these Instagram self-shots of Israeli soldiers “surreal,” and Jeff Sonderman at Poynter asserts that the Israeli military has “become its own media.”

Pundits, please. War is atrocious—the IDF’s blog, which gives users silly virtual badges in return for sharing its messages—is just tasteless.  The “surreal” Instagram pics, many of which seem to have been taken before the current conflict, depict teenage soldiers performing mandatory service and trying to relax while knowing that at any moment they may have to risk their lives. As for the Israeli military “becoming its own media,” let’s be clear: propaganda and war go hand and hand. There’s nothing new about the IDF telling their side of the story through every available means. That doesn’t mean that they have become the media. Verifying, analyzing and balancing this account remains the work of journalists, professional or otherwise.

Things get sillier. Mike Isaac at AllThingsD wonders whether Israel’s declarations of war are “within the bounds of the Twitter and Facebook Terms of Service.” The Atlantic actually engages with this question, pointing out that the Alqassam Brigade’s tweeted supervillain promise that their “blessed hands” will find Israeli soldiers, who have “opened Hell Gates” on themselves, might also be a TOS violation.  (The Alqassam Brigade has yet to tweet back “OMG GTFO!!”).  Others have taken up the question as well, and the idea that Twitter and Facebook should ban the war messages of one side or another is gaining momentum.

The only shocking thing here is how quickly some voices, otherwise bullish on free speech online, are suggesting that information be blocked from their sensitive eyes. Both sides of the Israeli/Palestinian conflict have maintained for decades that the mainstream media is hopelessly biased in favour of the other.  At the very least, the level playing field of the Internet equalizes this part of the fight. Through social media, without editing or varnishing from newsroom interlocutors, the words and pictures issued from both sides are offensive, shocking, manipulative, saddening, graphic, bizarre and awful as this endless war itself.