Has crowdfunding made mooches of us all? 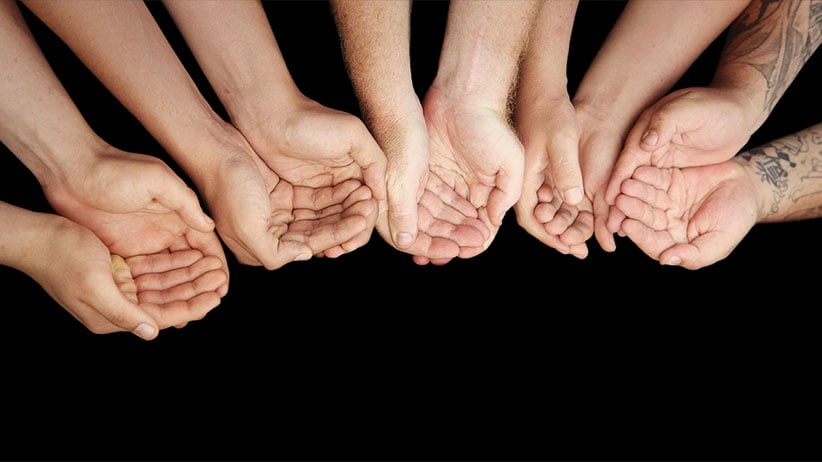 Alicia McGill, a 33-year-old in Milton, Ont., is out of work and money, especially the $20,000 it will cost to follow her dream of veterinary school. “I don’t want to beg for handouts,” she says, “but I see other people doing it and I think, why not me?” In another era, McGill might have plunged into debt. Instead, she wrote a few hundred words on her hardship, linked to the program she plans to take, and posted her crowdfunding page onto her social media. “I just want to do something with my life that gives me purpose and meaning,” she says.

Her cause is downright philanthropic compared with the one Kanye West lobbied for in February, 2016: his own genius. Within days of West’s announcement that he was $53 million in debt, fans took to the site GoFundMe. “We must open our hearts and wallets for Kanye today,” read the campaign’s homepage.

For some, it was a new greedy low for crowdfunding. In just a few years, hundreds of crowdfunding platforms—Kickstarter, Indiegogo, RocketHub, Razoo—have mushroomed into a $16-billion global business. Thousands upon thousands of ideas, projects and charities fall under GoFundMe’s umbrella term of “personal causes and life events,” but among the legitimate campaigns are dream European vacations, destination weddings, self-published novels and car repairs.

Mooching is increasingly common, and we’re being inundated with endless requests to fund other people’s artistic aspirations, living expenses, even prejudices. Last summer, GoFundMe vetoed the efforts of 27-year-old Amber Roof, sister of the alleged Charleston shooter Dylann Roof, who was crowdfunding to defray the costs of her cancelled wedding. They also shut down fundraising for a bakery that refused to bake a cake for a lesbian wedding, a Tennessee woman who spent her family’s savings on Powerball tickets, and the anti-vax couple whose toddler died of meningitis.

But what do these crowdfunding missteps do to everyone else’s efforts to raise money? And what’s the social cost of a system that has everyone asking for money from everyone else? Nobody regulates these fundraisers. The terms and conditions for San Diego-based GoFundMe are very clear: “We do not personally endorse any campaign, campaign organizer, or charity.” In other words, the donor decides. In a perfect world, says Toronto-based Internet strategist Jesse Hirsh, this might work. “The users would set the line, and the line would be fair, open and transparent.” But we don’t have this. “We can’t just react when things happen,” says Hirsh, citing Twitter’s current harassment problem, which also relies on users to report abuses one troll at a time.

What’s happening is “monetizing your social network to translate social capital into real capital,” he says. Though his case to crowdfund is far more legitimate, a struggling artist’s social capital cannot compare to Kanye West’s, or to former Backstreet Boy Nick Carter, who launched a successful campaign for a horror film he co-wrote and starred in; $100 buys a signed CD and “personal thank you tweet.” It’s also worth considering the motivation. Many seem very willing to pay to be one degree of separation from fame and celebrity, but that’s hardly altruism. And it’s telling it happens in an era where fewer and fewer of us are willing to pay for music.

In this climate, crowdfunders like McGill just cannot compete. Though McGill gets 50 to 100 visitors daily, she has so far raised just $30 ($20 of that from this writer, post-interview). She admits it’s not a good feeling when so few social media friends are willing to help. Still, she posts her page weekly and hopes for the best.

“Getting $10 means there’s something wrong with your plan,” says etiquette expert Jay Remer. Crowdfunding exists along a personal-to-altruistic spectrum, he explains, and the larger your cash goal the more altruistic you should be. More important is the why. “If the answer’s ‘cash,’ then this is by definition a cash grab.” As for Kanye, 10 days and $8,000 in, his reps quietly declined the funds, which will instead go to a charity for young aspiring musicians. Anyone who’d rather have their donation back than go somewhere real, however, is free to request a refund.