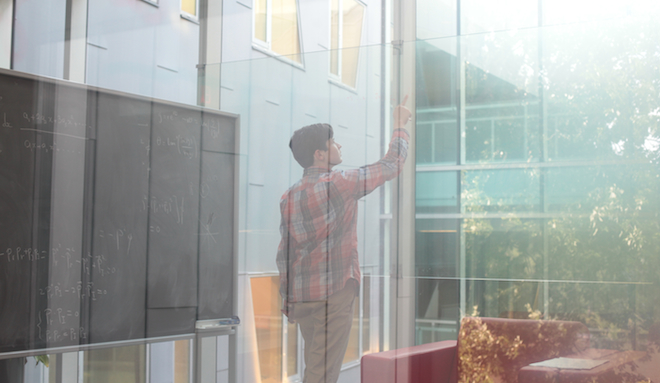 By May of this year, Jacob Barnett had wrung everything he could get out of the university he had been attending for four years in his home state of Indiana. He had taken every undergraduate course on mathematics and physics, and a bunch of graduate-level courses, too. None of it had even slowed Jacob down. The only question now was where he would go to study next.

Those are the opening lines of Maclean’s political editor Paul Wells’ profile of a 15-year-old autistic boy who’s now one of the world’s most promising physicists. He eventually landed at Waterloo’s Perimeter Institute for Theoretical Physics, where he talks shop with others of his kind; namely, brilliant minds who challenge conventional notions of how the world works. Barnett’s mother, Kristine, chronicled her son’s incredible life in a recently published book, The Spark: A Mother’s Story of Nurturing Genius. Kristine broke a bunch of rules: she didn’t listen to therapists, took her son out of special education, and let him think about the world around him.

On Sept. 10, Wells chatted with both Barnetts. He also talked more about some other Perimeter personalities, debates in modern physics, and the future of Kitchener-Waterloo.