How the Internet first killed, then crowdsourced fact-checking 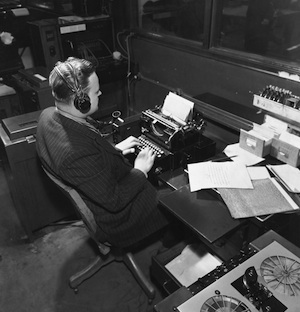 The New Yorker‘s Jonah Lehrer, CNN’s Fareed Zakaria, and now the Globe and Mail‘s Margaret Wente: three high profile journalists exposed as plagiarists in the past three months. Why now?

Because of the Internet. As Sabrina Maddeaux points out in the Toronto Standard, quality safeguards in newsrooms have disappeared. Fact checkers and copyeditors are scarce or non-existent, while any editors who haven’t been laid off must sign off on more copy more quickly than ever before. Legacy media institutions have been gutted by the disruptive effects of the Internet. Everyone is expected to maintain the same standards while working with a fraction of the resources. That’s simply impossible, and the fact that sloppy work sees print is an inevitable result.

But that’s just one part of it.

The Internet explains why plagiarism gets through more often than it used to, but it’s also the reason why plagiarism is so easily exposed. Tracking down a swipe used to be pretty tough. Fifteen years ago, if something you read in a column twigged as something you’d read before, how would you prove it? Unless you felt like spending a day (or a week) at the library, knee-deep in microfiche, you’d probably just let it go. Even if you were able to trace it back, the task of publicizing plagiarism would be daunting.

Today, readers needn’t wait for a sense of déjà vu. It’s trivial to paste a writer’s copy into Google with quotation marks around it and see if the same words appeared previously in the same order someplace else. Beyond Google, a number of free plagiarism detection apps are available online. Any writer’s oeuvre can be dumped in to see if anything at any point was borrowed. If a piece pops, plagiarism police are instantly armed with comparison links for proof, and have Twitter to spread the word. A journalist’s credibility, built over the course of a career, can be ruined in an afternoon.

Many following the Wente case have decried the lack of mainstream media coverage on it (Macleans.ca being the sole Canadian exception thus far). It’s widely felt that Wente is being protected by the same establishment that her column so often advocates for. I’m sure there’s truth to this, but it’s not the whole truth. As Maddeux wrote in the Standard, Canada’s journalists are all “scared shitless” that we could be next. It’s not that we’re all hiding plagiarism skeletons in the closet. It’s that most of us aren’t really sure.

As Colby Cosh writes on this site, “columnists are synthesizers of ideas, almost by definition.” An opinionator like Wente files three times a week. Three times a week, she must explain a hot topic and then weigh in on it. Must these opinions be original? Not at all. It’s perfectly acceptable for a columnist to put forth a well-established position on a well-known topic using other people’s arguments. Doing so too often doesn’t make you a plagiarist, it just makes you a lousy columnist. Wente is a plagiarist because she did things like copying Ottawa Citizen columnist Dan Gardner’s words verbatim without crediting him. Did she want the credit for herself? It’s not plausible. Gardner’s piece was hardly obscure. The risk of exposure outweighed any possible benefit. This wasn’t theft for personal gain, it was theft born of sloth. As Cosh writes, “it would be trivially easy to have avoided the problem.” Had Wente simply swapped out a few of Gardner’s words for her own and moved them around a bit, she’d  have been in the clear.

This is a silly technicality worth reconsidering in the Internet age. As an “idea synthesizer” myself, I regularly hop about from site to site, grabbing a topic here, an example there. Citations, quotations and most importantly, links, are how I tell you where I get my raw materials. To my mind, these are all more ethical practices than simply re-arranging a few words or hitting Thesaurus.com to massage a sentence into something I can pass off as my own, no credit required. Links are particularly gentlemanly, as they have the potential to reward my sources with traffic, the lifeblood of the Internet.

Columnists at dozens, even hundreds of different newspapers still seem to magically stumble on to the same topic at the same time. By going through the plagiarism-avoiding motions of a technical re-write, they effectively deny credit to whomever they are drawing from. This isn’t merely accepted by editors, it is encouraged. No paper wants to acknowledge the existence of a competitor, much less credit a rival with coming to a story first.

Online, we copy and paste each other’s words and add our own. If the link is intact, it’s a sample and not a swipe. Ideas and arguments evolve organically and rapidly. Adding something meaningful to a conversation is more important than rephrasing it in our own words.

Like many things these days, it comes down to a generational divide in how we feel about copying.