Media: let's humiliate some teens for Tweeting about their teacher!

When the story's on Twitter, young offenders' names can always be found 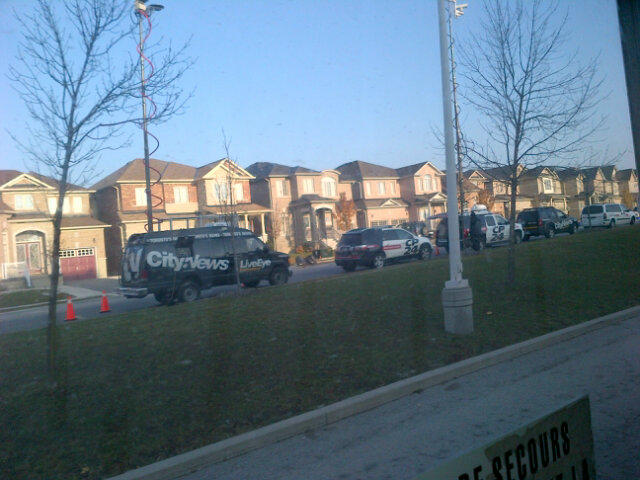 Local media on the scene. "you make it look like someone got killed!" tweeted one student.

I’m a 35 year old man, so one thing I probably shouldn’t be doing on a weekday morning is reading the dirty tweets of Catholic school girls. But I did, because I was curious about mysterious messages that have been deemed worthy of breathless news coverage.

Thanks to at least 11 news organizations, I learned that a group of Brampton, Ont., teens said nasty things about their teacher on Twitter. I learned that no criminal charges have been laid, but that the Dufferin-Peel Catholic School Board has seen fit to suspend nine of these students, some for a week, others for just two days (how does this work? Is re-tweeting a lesser offense than tweeting?  Does “favouriting” just get you detention?). The content of the tweets has not been published by the media, nor, of course, have the names of the young tweeters been released.

But I found them anyhow. I wasn’t trying to—just wanted to know what was said. And once you start digging around on Twitter (creepin’, as the kids put it) you find things out. I found out that one girl, who cares passionately about makeup, boys, and getting marks of 90 or higher, was angry with her science teacher for berating the class about their poor performance on a lab test. I was amused at the colourful language she used to describe this teacher, by the misfortunes she wishes would befall her, and by the equally spirited comments made by her supportive friends.

There was other stuff too, other teachers and other comments, but I will not link to any of it, because I have since decided that it was wildly inappropriate for me to be reading any of it, and I want to spare you the icky feelings I now have for having creeped. Most of all, I want to spare these teenagers from further scrutiny, exposure, and public shaming. The real shame is that we are talking about them at all.

I read nothing this morning on Twitter that I didn’t hear about teachers, or say about teachers, when I was a teenager. I wasn’t any more cautious, private or respectful than these kids—I just didn’t have Twitter. If I did, my casual whining about teachers might have left me on the hook for libel or defamation charges, or for disciplinary action. Minors who are unaware of the difference between a public forum like Twitter and a private medium like, say, instant messaging need to be taught the difference, and it’s appropriate for administrators at St. Marguerite d’Youville Secondary School to take this opportunity to do so.

It’s entirely another matter for the media to be reporting on this, or for the school board to be cooperating with them by providing quotes. However careful officials and reporters may be not to name names, an hour of Twitter forensics will easily reveal the students in question.

These kids erred by exposing their teacher to public abuse in front of a small group of their peers. Now they have in turn been as good as exposed themselves, by their own educators and by the media, to a potential audience of millions.

So who’s the cyberbully now?