MintChip is a fresh idea

Who would trust a form of currency that's already been attacked by hackers? News flash: you would. 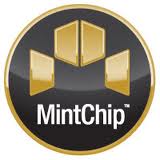 Newsflash: you would. In fact, you do.  Cash is hacked on a daily basis- counterfeiters and fraudsters have been plying their trades for as long as currency has existed.  And as soon as we stopped bartering in chickens, we accepted the terms of faith-based  currency.  If everyone decided that gold was no longer valuable, it wouldn’t be.   Currency itself is already an abstraction, and one which we’ve long since removed from the physical world via credit cards and bank accounts.  Most of our money is already digital.  So why not put it online, where it can move around easily?

We already have, of course, through online credit card transactions and through intermediaries like PayPal, but both come with problems.  We’re still uncomfortable handing out our credit card info to most websites, so unless we’re dealing with the Amazons or Apples of the world, PayPal becomes the trusted middleman.  But PayPal takes a significant cut, freezes transactions based on political pressure, and is far from frictionless.  The result is that online commerce, booming as it may be, is still stunted. The early Internet dream of micropayments, where I might sell you this blog post for 6 cents, instantly transfered as soon as you click through to it, remains unrealized.

It’s a global problem, and one that the Royal Canadian Mint is attempting to solve.  MintChip is their new virtual currency. Like BitCoin, it’s as anonymous as cash, leaving no electronic record of who paid what to who.  Unlike BitCoin, it’s backed by a central authority, which is bad news for the anarcho-crypto Illuminati-fearing libertarian crowd, but good news for people who actually use it.

Will it be hacked? Probably. But a currency guaranteed by a wealthy and stable mint can sustain a certain amount of fraud without collapsing.  The Royal Canadian Mint has launched an app challenge to kickstart MintChip.  Good luck to them.