Jesse Brown on his most popular posts 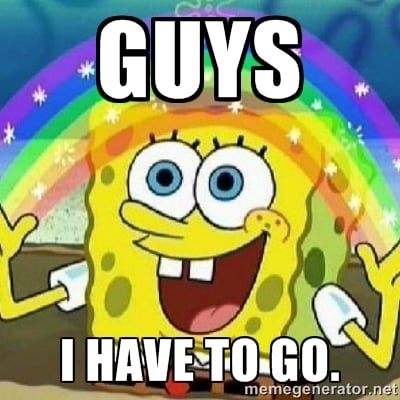 I hate to leave. After covering technology in this space for almost three years, I can tell you there’s no better job in town.

As I wrote in my first post, forget the gadgets!  It’s the influence of technology on politics and culture that’s really interesting. I promised to document that influence for you, and found plenty to write about.

From Vikileaks to SOPA to cyberbullying to Magnotta, technology has shaped news events like no other force. We barely notice the role of tech in these stories anymore, but would the political scandals in the Senate and in Toronto have come to light had it not been for email and smartphones?  I am constantly amazed by how surprising technology is. The devices may be predictable, forever getting smaller and faster and cheaper, but their influence is impossible to forecast.

If you’ll indulge me in a quick look back, here are some highlights and lowlights of my time here:

My most popular topic

Canadian consumer rage about our telecom services is always good for thousands and thousands of clicks. I tried not to abuse this fact, griping only when circumstances seemed to warrant it.  I’ll never know what heat my editors took in defending me as I criticized their parent company — I was protected from that side of things and given room to do my job without having to worry about stepping on corporate toes. Media consolidation is the norm in Canada, and not every news organization is free from the influence of its owners — but Macleans.ca is.

Canadians don’t want to read about privacy. Not many of you, anyhow. Whereas the NSA’s bulk surveillance of Americans remains a mainstream news saga, my regular coverage of privacy in general and CSEC in particular, performed terribly.  I hope this is only because we haven’t had a big bombshell yet: CSEC is held to even lower scrutiny than the NSA, and we really don’t know the extent to which they’ve been spying on us. But journalist Glenn Greenwald has promised that upcoming NSA leaks have much to say about Canada’s role in the surveillance age, and my sincere hope is that once the facts come out, Canadians will care.

Story I was happiest to write

The vindication of Byron Sonne, who was cleared of all charges after spending nearly a year in prison for testing the security apparatus around the G20 summit in Toronto.  As an opinion writer I have licence to take sides, and I was glad to take Byron’s.

Story I was saddest to write

Aaron Swartz’s suicide was just so awful. Swartz was the best the Internet generation had to offer: a brilliant technologist who could have made millions in Silicon Valley but instead purposed himself entirely toward improving the world. He was constructive, critical, but never cynical. He believed bad systems could always be fixed, just as bad code can always be rewritten, and he acted tirelessly to do so. He fought for causes no reasonable person could find fault with, like making public court documents universally accessible and empowering people to easily publish their works to the world, for free. His missteps were at worst misdemeanours, but he became a scapegoat for his government, a sponge to absorb every ignorance and fear they have about technology.  Shame on U.S. Attorney Carmen Ortiz, a bully who abused her office, persecuting Aaron with the full pressure of the state until he killed himself.

My repeated attacks on Julian Assange.  I called him a paranoid, fame-whoring ass whose self-promotion has overshadowed Wikileaks’ mission to aid whistleblowers and inform the public.  I was half-right, but all wrong.  Assange is as I described him, but who cares? Wikileaks has continued to do important work, releasing the Kissinger cables and aiding with the Edward Snowden NSA leaks. By taking aim at Assange, I was guilty of the very thing I was accusing him of: distracting the public from what’s important.

My one gadget review

I’ve never had more fun blogging than when I beat Gizmodo, Endgadget and the other big tech blogs to the punch, reviewing the iPad3 before it was released.

Thanks to everyone who read my work, and especially to those who took the time to share it or comment on it. I’ve read everything you wrote, and responded when I could. Thanks, of course, to the people I had the pleasure of working with at Macleans.ca.

I’m sad to be leaving this site, but terrifically excited about my new project, CANADALAND. It’s an independent media effort: a podcast, blog and video series where I’ll be telling stories that couldn’t possibly be published anywhere else.  Hope to see you there.