Nate Silver runs for re-election as America's President of Data

Nate Silver vs. the pundits is being billed as math vs. language, as data vs. opinion, as science vs. art, as robot vs. human 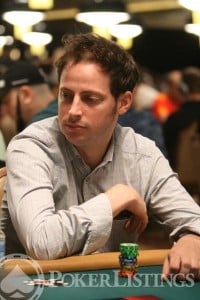 Silver at the 2011 World Series of Poker

Nate Silver is a statistician—a baseball numbers nerd who became a politics numbers nerd in 2008 when he correctly predicted election outcomes in 49 of 50 states (he was off in Indiana, which went to Obama by 1%). He also correctly called every ’08 Senate race, and has subsequently risen to fame as the Nostradamus of U.S. politics. Lately though, he’s become a target.

Silver’s FiveThirtyEight blog, licenced to the New York Times, has been heavily favouring an Obama win from the start. Whereas individual polls find the candidates in a dead heat, Silver’s analysis (as of this moment) says that Obama is an 80.9% favourite. Silver also happens to be an Obama supporter, a fact which he discloses in the name of transparency, but which he says bears no influence on his predictions, which are the result of statistical modelling, not of his personal political persuasion.

Conservative critics aren’t buying it, and have been characterizing Silver as a partisan warrior disguised as a pocket calculator. Though they’re sure his numbers are way off the mark, they fear a self-fulfilling prophecy wherein swing state voters, otherwise woo-able by Mitt Romney, will submit to the seeming inevitability of Nate Silver’s blog and vote Obama.

This is silly, but not shocking. I’m a little more surprised by the other Nate Silver war. Not the battle between Democrat and Republican, but between political columnists and social media mavens who are casting the ruckus as a grudge-match between old media and new. Nate Silver vs. the pundits is being billed as math vs. language, as data vs. opinion, as science vs. art, as robot vs. human. If his predictions come true, then we must welcome our new Big Data overlords. If not, then chalk it up as a win for the old school, for ink-stained politicos and cable news hosts whose news savvy and gut instincts are worth more than any fancy computer wizardry.

What Nate Silver offers is a highly informed estimate. While we lose ourselves in discussions about who seemed more “presidential” in the last debate or whose gaffe generated the most humiliating meme, Silver looks at numbers. He looks at myriad polls, demographic analysis, historical data- anything that has shown some predictive power and that can quantified. But just because Silver uses numbers, that doesn’t make what he does math.

His algorithm, his “secret sauce,” is created by making decisions about which data to favour, about how much weight to give each poll and input. These decisions are a new kind of editorial judgment. Might they be influenced by Silver’s political bias? Sure. But even if Silver wants Obama to win, it’s much more important to him that he win. The numbers that Silver’s algorithm spits out are not answers, just one man’s predictions. We value them only because Silver’s predictions were so good in the past. But if a Vegas oddsmaker is wrong too often, the gambling man will find a new handicapper.

“I’m sure that I have a lot riding on the outcome,” Silver told Buzzfeed. “I’m also sure I’ll get too much credit if the prediction is right and too much blame if it is wrong.”

What Silver’s saying is that giving Obama an 80% chance of winning is also giving him a 20% chance of losing.  Roll snake eyes, and the dice aren’t wrong- you’re just unlucky.  But dice odds are set.  Each number has an equal and persistent chance of coming up.  Silver’s goal as an oddsmaker is to define an incredibly complex problem as a predictable, and thus solvable problem. It’s not.  Silver doesn’t know anything empirically- he’s just really, really good at guessing.  Politics, like poker (which Silver plays) are filled with imperfect information and unknown factors.   Even the best players hold their breath on the river.