Newsmaker, Jan. 16: The Mars lander no longer lost in space 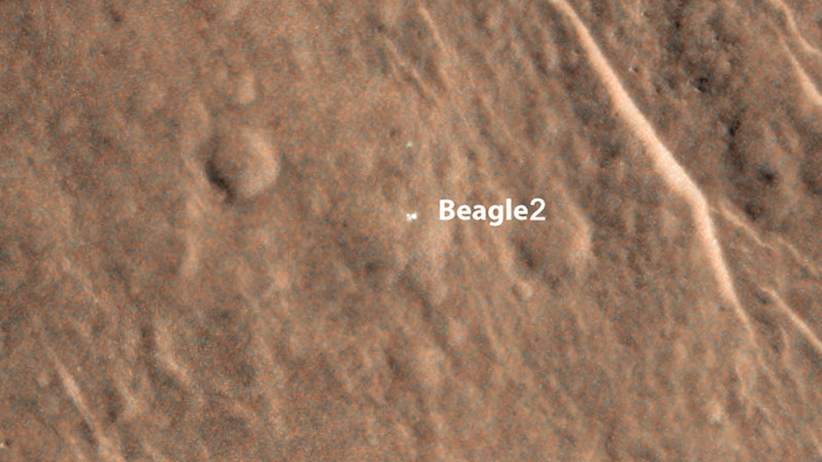 Lost 11 years ago somewhere in the sky above Mars, left for dead by everyone, Beagle 2 might have been lost to the cosmos. Only the sharp eyes of a NASA orbiter, circling the red planet on a mission to observe, recently spotted the U.K.-built lander that disappeared Dec. 19, 2003. Wonder of wonders, Beagle 2 seems to have landed with grace without telling anyone back home. Now, sitting there all by its lonesome, the lander formerly known as a “heroic failure” stands vindicated in the eyes of everyone who sent it away.

Beagle 2’s mission was to search for extraterrestrial life on Earth’s far-off neighbour. It detached from its mother ship on Dec. 19, headed for what was supposed to be a six-day trip to the surface of Mars. It went silent soon after, much to the chagrin of Prof. Colin Pillinger, the creative spirit behind the mission, and everyone else back home. The greatest tragedy in the wake of Beagle 2’s belated rediscovery is that Pillinger, a national hero in the eyes of the U.K.’s Guardian, died of a brain hemorrhage last May—just a few months before he and his Beagle could meet again.

Tragedy is only half the story. Scientists are thrilled to have found the lander. Knowing that it at least landed successfully, a complex, risk-laden process, is a far better ending than the old version of Beagle 2’s story, best illustrated as a bunch of shrugs and question marks. Now, failure has an explanation, or at least a best guess:

. . . it appears that just one faulty motor was behind the unsuccessful landing. The images show that solar panels which should have folded out to reveal a radio antenna failed to open. An unlucky bounce on its side may also have mishapen the probe, preventing it from opening up properly.

Whatever the circumstances of Beagle 2’s ultimate fate, it never transmitted the call sign that would have confirmed a successful touchdown on that desolate planet. Blur, the early-century emblem of Britpop whose participation exemplified British excitement about such an ambitious adventure to such a faraway place, composed the nine-note melody that would have played.

Had those notes found their way to listeners back on Earth, Beagle 2 would have had a nation bursting with pride. It’s too bad no one ever heard that melody. Unless someone did.