Newsmaker of the day: Orion and NASA’s mission to Mars

Welcome to 'Day One of the Mars era' 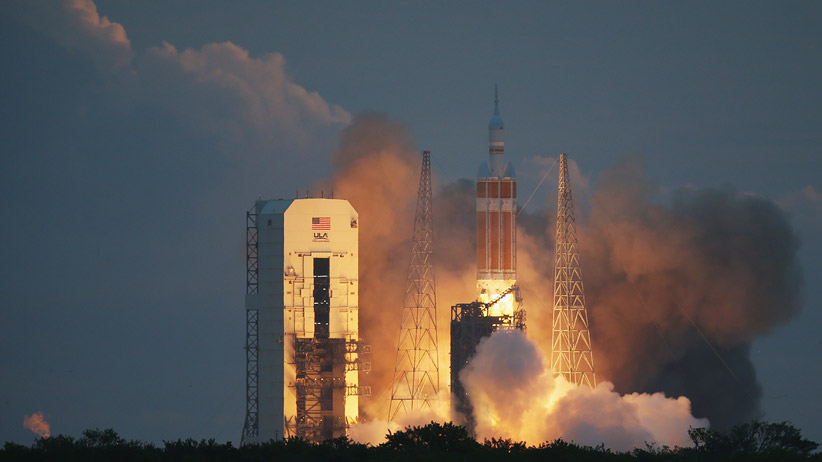 When the spacecraft Orion launched into orbit this morning at 7:05 (EST), it marked “Day One of the Mars era,” according to NASA administrator Charles Bolden. With 1,200 sensors attached, Orion orbited Earth twice in a 41/2-hour test flight designed to evaluate the launch, as well as high-speed re-entry systems, including the avionics, parachutes and heat shield.

From a maximum altitude of approximately 5,800 km, Orion returned through Earth’s atmosphere at around 32,000 km/h (ergo the heat shield), before parachutes slowed the craft down to 32 km/h for a water landing in the Pacific Ocean, approximately 400 km off the coast of Baja California. The test was initially supposed to take place yesterday, but high winds and sticky rocket valves forced the team to postpone the launch by 24 hours.

While Orion is designed to take humans one day, no one is aboard for this trip—unless you count a Capt. James T. Kirk collector’s doll owned by Star Trek actor William Shatner. A mission with astronauts is at least seven years away. Nonetheless, Orion’s flight is a major step toward humans one day exploring the Red Planet.