Newsmakers 2015: The tech tool that let us get a hold of our selfie

The selfie stick became the focus of loathing and protest. That doesn't mean we've seen the last of it.

Was there a more reviled tech tool this year? Banned at the Palace of Versailles and Disney theme parks, at London’s National Gallery and Comic-Con, music festivals and Brazilian football stadiums, the selfie stick saw a backlash that crossed borders and class lines. It was deemed dangerous to people and art works, and annoying, to boot. But don’t count the idiot wand out yet. Selfies also emerged as an intelligence tool, used by at least one enterprising Russian group to track its governments activities in Syria via analysis of social media posts by soldiers. And businesses certainly haven’t given up on the gadget. As sales continue unabated, companies are vying to build a better selfie stick—with Bluetooth, multiple exposures, even a new invisible design, reportedly coming next year. Meanwhile, people the world over continued their love affair. One, Renee Lusano, took it up a notch. The U.S. designer married the idea of selfie sticks with another “it” device, the drone, to produce overhead selfies that she calls—what else?—”dronies.”

Related: A Q&A with the selfie stick’s unsung Canadian inventor 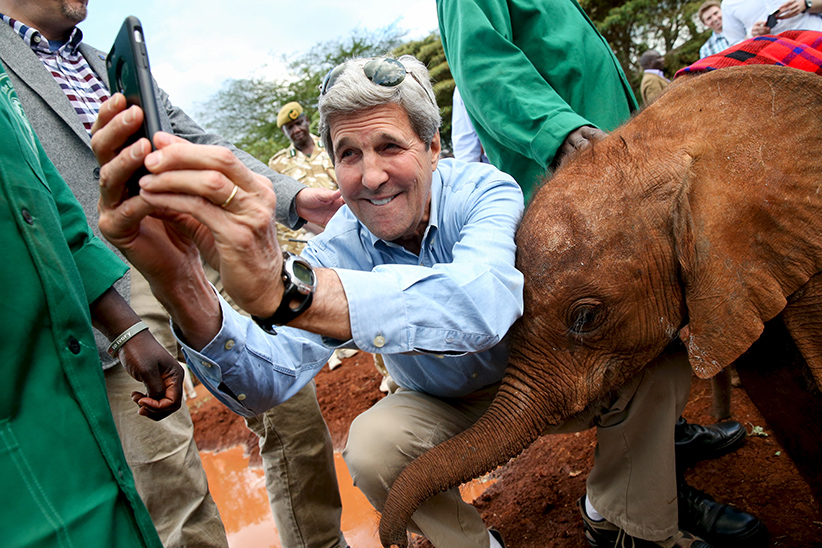 U.S. Secretary of State John Kerry takes a selfie with a baby elephant while touring the Sheldrick Center Elephant Orphanage