No sex in the iTunes App Store (please visit our bookstore) 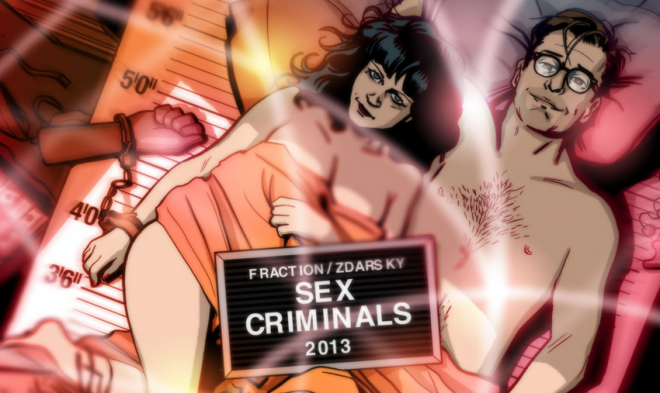 A few things you may know, but may not:

In a terse email, Apple explained to Image Comics, publishers of Sex Criminals, that the work “contains content that many audiences would find objectionable.” It begs the question: Why wouldn’t these same audiences be offended to find the exact same material in Apple’s bookstore app? And why exactly was Sex Criminals #2 found by Apple to be more objectionable than Sex Criminals #1? Apple isn’t saying. In fact, it’s the lack of transparency that most rankles Image Comics, who have said:

“…no real explanation is given one way or the other and we’re left to guess what triggered the rejection. It’s almost as if their lack of defined policy is their policy.”

“…the thing that bothers us most about it is the double standard. Apple sells you tons of content that would get banned under the nebulous rules presented to…third-party apps. You can rattle off graphic movies and sex comedies fully allowed through iTunes, and yet our light, non-titillating, comedic love story is shut down. It doesn’t make sense.”

Of course, it makes perfect sense. Movies and television shows are widely regarded as works of legitimate cultural expression. Computer programs (apps) enjoy no such status, and a comic book offered through an app is a particularly compromised beast.

The iTunes App Store is a vast thrift shop of video games, calorie counters and fart-sound generators. The fact that among these offerings reside apps that connect users to art, or apps that might have cultural merit in and of themselves, is an inconvenient one that Apple has no apparent business interest in recognizing. Its gatekeepers are on the lookout for the next jiggly boob simulator to block and, I assume, do not hold passionate internal debates about the merits of difficult works of fiction. Their own bookseller app is, to Apple, a lone exception. They have made the reasoned decision to exempt themselves from their own standards, probably because banning books would initiate a controversy Apple would love to avoid.

Apple is, of course, a private company and it can sell whatever products it wants for any reasons it wants. But as a dominant, sometimes monopolistic broker for cultural goods, this curatorial decision looks more and more like censorship.