On UBB, the fat lady has not yet sung 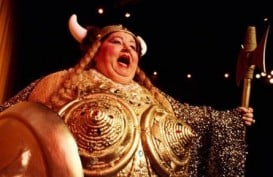 It’s been a week since the CRTC released its big decision on usage-based Internet billing. With the dust settled, everything is a lot clearer, right? Not really. Because of the ruling’s complex nature, it looks like it may be some time before its effects are felt and understood. One thing is clear: this long-running drama that everyone hoped would be resolved, with Internet users and small service providers on one side and the big telecom companies on the other, is far from over.

A number of consumer advocates have come out in favour of the CRTC’s decision. University of Ottawa professor Michael Geist wrote this week that it is a very good thing for small Internet service providers. By allowing them to purchase capacity rather than per-byte usage from large ISPs, they now have the flexibility to offer plans that are different from what the big guys sell:

The CRTC decision won’t change Internet competition overnight – the overwhelming majority of Canadians are still with the large providers – but, subject to getting the numbers rights, it removes many competitive barriers by providing independent ISPs with their own declaration of independence.

Geist appears to be right, but it looks like he’s undervaluing that “getting the numbers right” part. As I discussed in my analysis of the decision the day after the CRTC’s announcement, the (oh god, I can’t believe I’m saying this) devil is in the details.

Teksavvy’s George Burger appeared on this week’s episode of Search Engine, the podcast run by my Maclean’s colleague (and sometimes nemesis) Jesse Brown, to discuss these exact details. Teksavvy has been at the centre of this UBB debate, not to mention the throttling issue, presumably because it is one of the most consumer-facing indie ISPs and has a good number of heavy-using customers.

Burger reiterated the main point covered in my analysis—that the CRTC’s decision is likely going to make heavy usage more expensive, which was the whole point of usage-based billing in the first place.

Jean-Francois Mezei, an individual who has been instrumental in getting a lot of these Internet issues in front of the CRTC through his company Vaxination Informatique, also recently wrote on DSL Reports that the CRTC’s decision will be good for the majority of smaller ISPs, who don’t have a lot of heavy users:

Lesser known ISPs who target normal people tend to require far less bandwitdh per customer and for them, the new rates are either cost neutral or even allow them to [save] money with today’s usage patterns.

On the face of it, that sounds reasonable, although when it comes to the Internet it’s always been a crock of hooey, which is why support for capacity-based billing from people who were previously opposed to UBB is a little surprising. I detailed a good portion of why it’s bull earlier this year in “10 myths from usage-based billing supporters,” and a lot of the same reasons still hold true even though the CRTC has shifted to a capacity-based model from a usage-based one.

Specifically, reasons 9, 8, 7 and especially 1 all still apply to capacity-based billing. To summarize, large network owners want to increase the rates they charge customers—whether wholesale or retail—supposedly to cover the costs of expanding their infrastructure to meet growing traffic. But, basic rates have been going up for years, as have profits at the big ISPs, both of which should cover additional network costs. More importantly, congestion on networks has not been proven—we merely have to take big ISPs’ words for it—and no other country is imposing a scheme like this on their wholesale ISPs.

Therefore, the case for why heavy users have to pay more, aside from silly analogies to other, perishable utilities, has not been made. Why then, are they being asked to pay more again? To reiterate yet again, as a country with aspirations of participating in and even possibly leading the global knowledge economy (a goal that is pretty laughable right now), should we not want everyone to be heavy users, especially when the cost of doing so is negligible?

For the decision to have made everybody happy, the CRTC should have been more transparent in how it set the capacity rates that big ISPs can charge smaller wholesale customers, so that those fees could be understood and challenged if need be. As it stands, some of the smaller ISPs, particularly Teksavvy, are likely to fight this ruling, whether it’s with the CRTC or the government, and the affair is going to drag on.

It remains to be seen whether smaller ISPs raise rates for heavy users, although many observers seem to believe it’s inevitable. If it does happen, the CRTC decision certainly won’t look like a win for indie ISPs, consumers or Canada as a whole. Whatever happens, it’s highly unlikely we’ve heard the last of usage-based billing, or whatever it’s being called now.