Photos from Mars are rolling in, courtesy of Curiosity

After landing on Mars earlier this week, NASA’s Curiosity rover—a one-ton robotic explorer searching for signs of life—is beaming back its first images. NASA’s now released several of them, including the first colour panorama of Mars. Curiosity now sits on a large flat plane at the bottom of Gale Crater, where it landed; Aolis Mons (also known as Mount Sharp) is in the distance. Seen through Curiosity’s eyes, Mars is a reddish, dusty landscape—one that fully comes to life in these stunning pictures. 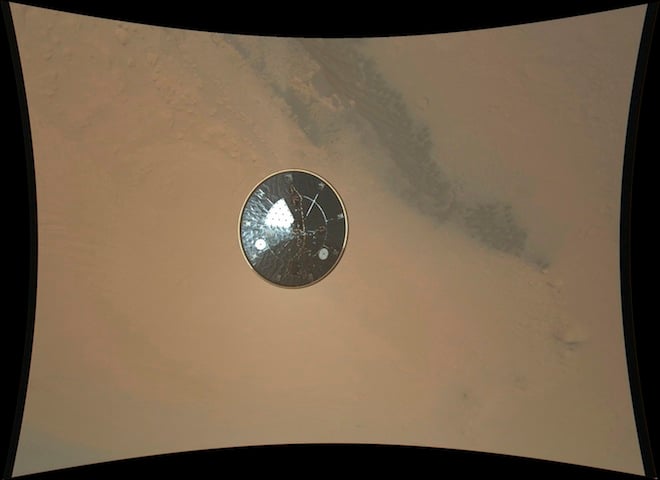 The heat shield of Curiosity, obtained during its descent to the surface of Mars by the Mars Descent Imager instrument known as MARDI. (AP/NASA) 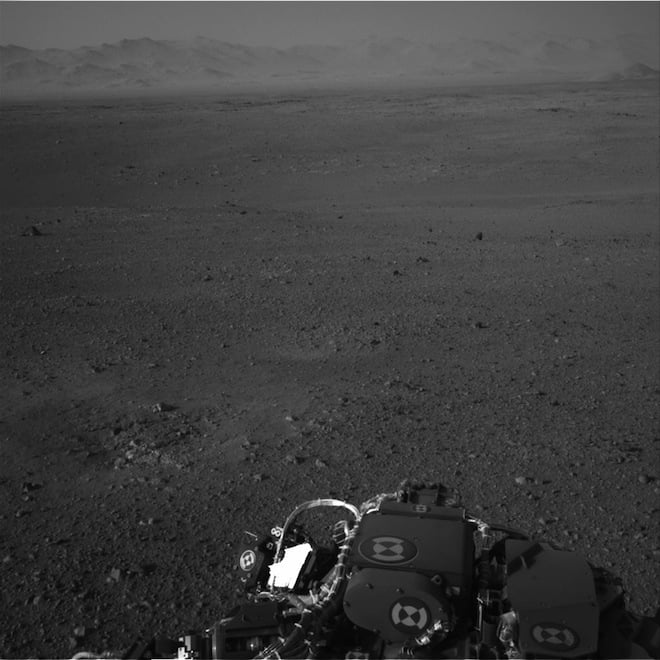 The Martian horizon is seen by a camera onboard Curiosity. (Reuters/NASA) 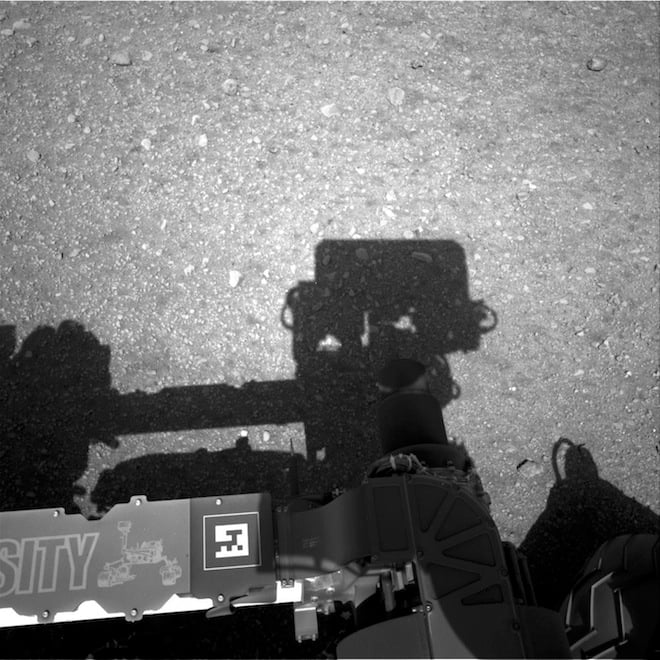 The edge of Curiosity, showing the shadow of the rover's now-upright mast in the centre, and the arm's shadow at left. (AP/NASA) 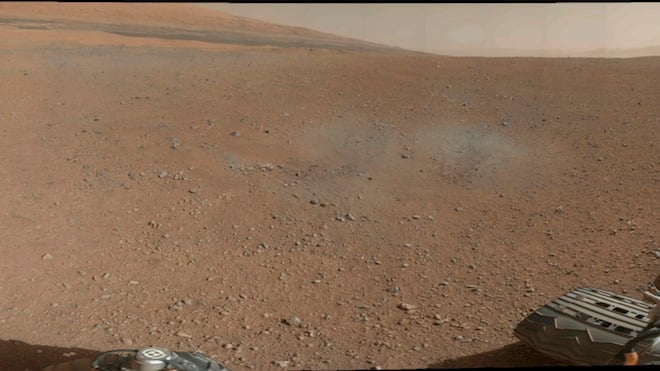