Police: No 'good examples' of why we need Lawful Access 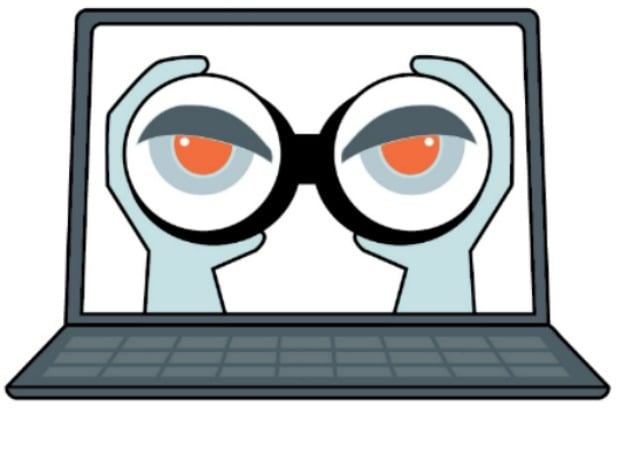 For the past 12 years, Canada’s cops have been pushing for new laws that would allow them to skip the pesky formality of having to get a warrant before spying on us on the Internet. (For some background on these Lawful Access laws, check out these posts.)

Critics of Lawful Access, such as our federal Privacy Commissioner and every provincial Privacy Commissioner, argue that police have yet to provide sufficient evidence that court oversight has actually slowed them down or stopped them from fighting crime.  And now, Canadian police themselves are saying the same thing.

The online rights group OpenMedia.ca has obtained and released a message it says was recently sent by the Canadian Association of Chiefs of Police (CACP) to law enforcement colleagues urgently requesting that they provide “actual examples” of cases where the need to get warrants before accessing private information from Internet Service Providers “hindered an investigation or threatened public safety.” The message goes on to admit that though a similar request had been made two years ago, it failed to produce “a sufficient quantity of good examples.”

How about one good example?  Former Public Safety Minister Peter Van Loan provided one in 2009, citing a kidnapping case in which police were stalled in their investigation for 36 hours while waiting for a warrant. Professor Michael Geist later filed Access to Information requests that revealed that in that case, police did not ask Internet providers for any of the types of information that Lawful Access addresses.  If they had, ISPs would have relinquished the information, as they always do in cases of immediate danger, under our current laws.

After 12 years of lobbying for Lawful Access, our cops are still unable to provide one honest example illustrating why they need it. It’s time for them to admit that they don’t.

Here’s the full text of the email OpenMedia.ca released:

As you know, the Government of Canada will likely be introducing lawful access bills early in 2012.

The Law Amendments Committee (LAC) and the Lawfully Authorized Electronic Surveillance (LAES) sub/committee have held the lead for the CACP over the past 12 years as we urged successive governments to enact this type of legislation. There is much support across parliament for these Bills however, there are some significant critics of the Bills and the LAC and LAES are busy advocating on your behalf to both inform the public and answer criticism.

One criticism directed from civil liberties and privacy advocates is that the burden by the police to demonstrate the need this legislation has not been met. While we are confident we have made our case to government, it remains important that we make our case to Canadians as a whole. This is especially important in the area of access to subscriber information or what is commonly referred to as “Customer Name and Address” (CNA). The Bill will contain a provision which permits certain designated police officers to compel Internet Service Providers and Telecommunications Service Providers to produce this type of information upon demand and without a warrant. There is also an audit requirement in place with regard to reporting back to government when such requests for information are made. Although the present state of the law is that such information does not require a warrant and can be provided to police voluntarily, the experience by your investigators is that compliance with requests is inconsistent and at times obstructionist.

This Bill is a key tool needed to rectify this problem but has attracted criticisms based primarily on misinformation. The CACP is working hard to counter this misinformation with key examples of the importance of timely and consistent access to CNA by the police. To that end, the LAC has asked the Planning, Research and Audit Section of the Vancouver Police Department to coordinate the collection of actual examples where access to CNA has either provided an effective and important aspect to an investigation or, in the alternative, where refusal by a company to provide the information has hindered an investigation or threatened public safety.

We are aware that a similar request was made approximately 2 years ago, but the report written at that time lacked a sufficient quantity of good examples. We recognize that some of these examples provide confidential operational information and your investigators are therefore reluctant to share the details. However, this type of information is key to countering ill-informed criticism. It is imperative that we gather examples that can support the need for this legislation in the eyes of government, privacy groups, media, police and especially the public. The seriousness of this cannot be understated. We are therefore seeking your support in gathering this information by instructing your members on the vital importance of providing the information to help bring these Bills into law. This, while also finding a way to protect operational information and at the same time allowing us to inform the public and other stakeholders.

We would respectfully ask that you direct the appropriate persons in your organization to assist on a priority basis by January 20, 2012. All that is required is written response, either in the form of an e-mail message or a document attached to an e-mail.

The contacts at the Planning, Research and Audit Section of the Vancouver Police Department to reply to are: