By Diana Mehta and Peter Cameron, The Canadian Press July 14, 2016 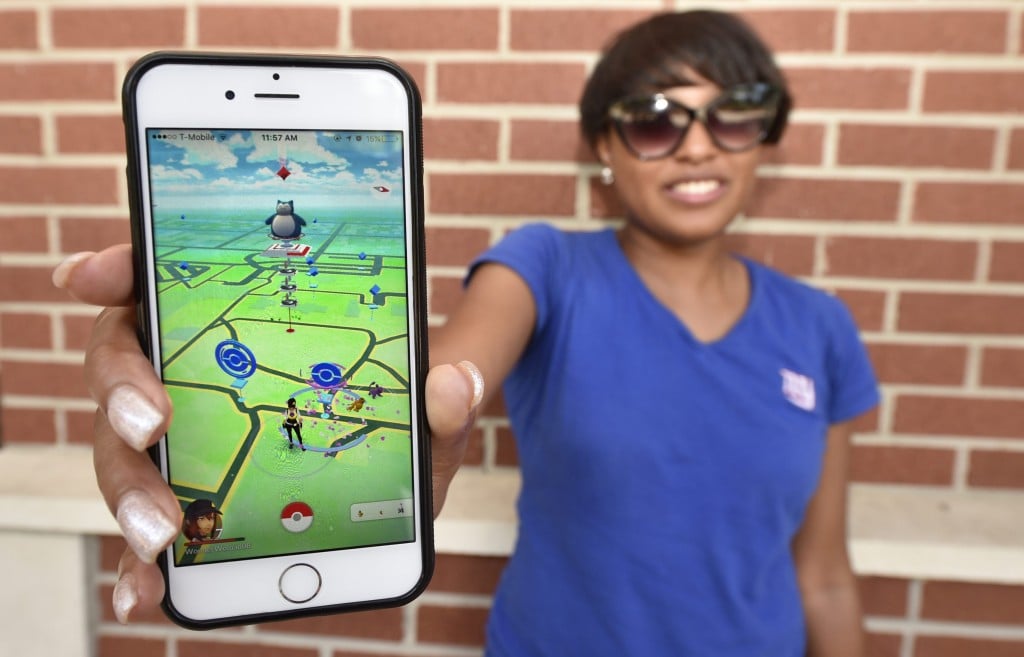 Keyanna Arnett poses for a photo with the Pokémon Go game on her cell phone at Augusta University in Augusta, Ga., Tuesday, July 12, 2016. (Michael Holahan/The Augusta Chronicle via AP)

TORONTO – Police forces across Canada are warning of the risks involved in playing augmented reality games such as Pokemon Go as reports mount of people getting injured or landing in trouble as they play the wildly popular game.

The cellphone-based game sends players into the real world to search for digital monsters known as Pokemon, who appear on screen when users hold up their iPhones or Android devices in various locations at various times.

While not officially released in Canada yet, many residents have found workarounds to access the game, which has become a blockbuster hit since launching in the United States, Australia, New Zealand and Japan last week.

Police forces, however, are worried about the game luring people into potentially dangerous situations and are cautioning players to use their common sense.

In Quebec City, police said two officers suffered minor injuries when a car they observed driving strangely reversed into their cruiser in a parking lot.

“The driver said ‘I’m sorry, I was playing Pokemon Go,” said Const. Nancy Roussel, who said police are calling on players to be aware of their surroundings.

“Be careful, watch out, even if you are in a car, on your feet or on a bicycle, be careful and watch where you’re going, please.”

Every time the Pokemon Go app is opened, a warning from game maker Niantic pops up, telling players to be aware of their surroundings. Players must also agree to fine print saying they cannot enter private property without permission.

There’s also a disclaimer that says Niantic is not liable for any property damage, injuries or deaths that result while playing.

But despite the warnings, some people playing the game have wandered into private yards, driveways, cemeteries and, in one U.S. case, even an off-limits police parking lot in search of the app’s cartoon monsters.

In Vancouver, police have observed the game’s colourful digital characters inside their own headquarters and have cautioned city residents over what they termed the “the Pokemon Go invasion.”

“Are you about to step into traffic? Are you going to crash into someone or something? You could end more than just your game,” they said. “It is very easy for any stranger to know your gathering spots. Make sure you go with a group, and that younger kids tell parents or another adult where they’re going.”

Some police forces have also been employing the hashtag #DontCatchAndDrive“ as players roam community streets. 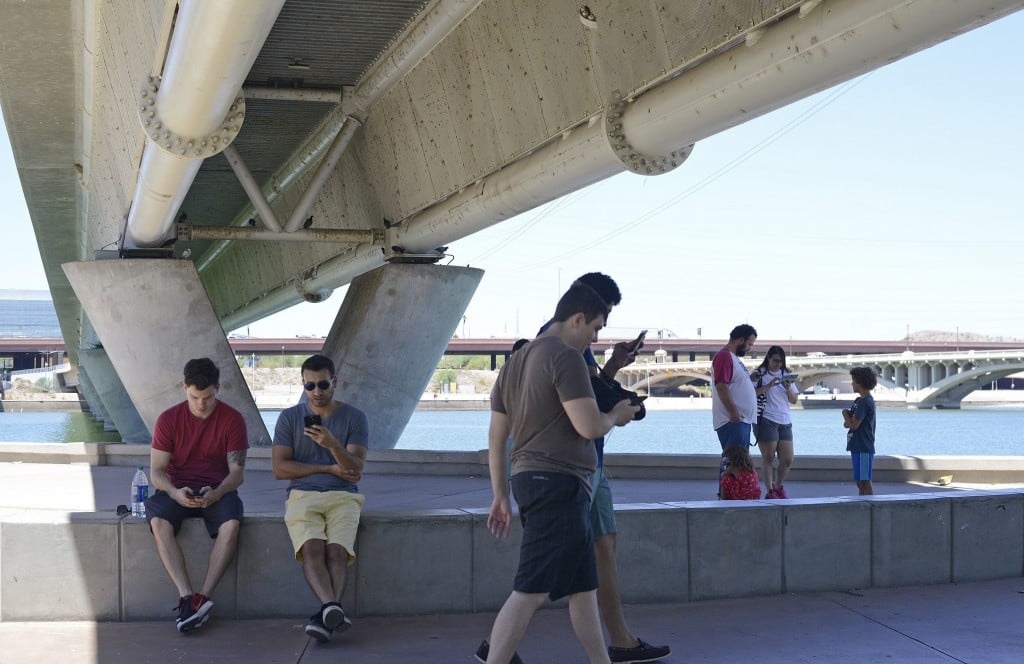 In this Tuesday, July 12, 2016, photo, Pokemon Go players look for Pokemon at Tempe Beach Park in Tempe, Ariz. The park is a popular location for players. (AP Photo/Beatriz Costa-Lima)

“Please do not look for #Pokemon while driving. If you’ve gotta catch ’em all, do so safely. #DontCatchAndDrive,” tweeted Edmonton police.

In Ontario, provincial police have put out a short video on Twitter in response to the “potential risk and harm” they are seeing related to the game.

“People are getting injured, people in the U.S. are having their cellphones stolen when they show up at given locations where Pokemon are supposed to be in hiding,” said Sgt. Dave Rektor.

The cops aren’t the only ones issuing warnings – Montreal’s metropolitan transportation agency has asked riders to respect safety rules when going in search of Pokemon near it’s facilities, posting a photograph of one of the game’s monsters by a railway track as a train approaches.

South of the border, police in the U.S. have cautioned players that trespassers could get arrested or worse, especially if they cross paths with an armed property owner.

In Utah, a teen was slapped with a trespassing ticket that he worries could cost him up to $200 after he and a couple of friends went on an early morning Pokemon chase at an abandoned grain silo.

Meanwhile, in western Pennsylvania, one woman told a local TV station that her 15-year-old daughter was hit by a car while playing the game and crossing a busy highway. The girl was hospitalized with an injured collarbone and foot, as well as cuts and bruises, her mother said.

with files from the Associated Press