Prison is so passé

Why isn't Canada embracing tracking technologies rather than lockups? 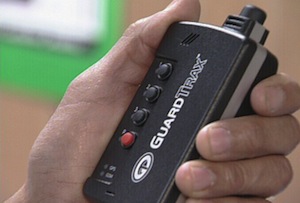 There are so many things to dislike about Stephen Harper’s unnecessary, anachronistic, ruinously expensive, and mean-spirited omnibus crime bill that at least one of them has been largely overlooked: the bill will bring an end to the option of house arrest as a “conditional sentence” for a large range of offences. What that means is that many small time crooks, including grow-op gardeners, joy-riders and laptop thieves may find themselves behind bars, whereas they might have otherwise been constrained to their homes and places of work.

This is a shame, and not just because prison is, as Elizabeth May pointed out, “crime school” for minor hoodlums who might otherwise have found their way.

An end to house arrest will also mean that the Canadian justice system will be unable to make use of technologies that make it cheaper and more effective than ever to keep an eye on criminals without locking them up. I speak specifically of a new generation of GPS-enabled tracking devices.

House arrest was once a difficult thing to enforce- corrections officers would have to randomly and sporadically check in on convicts to make sure they were following the rules. Later, ankle monitors were introduced that could measure the distance between a wearer and a receiving unit placed in his or her home. The unit used radio signals to measure distance, and then used phone lines to relay the data to the authorities.

Today, GPS units on cellular networks allow for a much more sophisticated approach to house arrest. Convicts can move between their homes and workplaces  and other pre-ordained locations without triggering false alarms. Any small deviation goes recorded, and major deviations—like, say, a drug dealer approaching a schoolyard, can set off instant alarms. Additional devices can constantly monitor blood-alcohol levels.

If left completely unmonitored by actual humans, these devices would likely be circumvented. Cunning criminals will adapt and find ways to break their sentences without triggering alerts. But coupled with human oversight and random in-person check-ups, modern house arrest can be pretty difficult to outsmart.  If crimes are committed while a monitoring device is worn, alibis will have to match perfect digital records of a convicts’ whereabouts.

In the U.S., the ballooning prison population resulting from the war on drugs has pushed these technologies forward.  It would be nice if Canada could benefit from them without repeating American history.