Read the interview about Facebook the CBC refuses to publish

The public broadcaster decided not to publish an interview about Facebook with technology columnist Jesse Hirsh online, saying it didn't meet its journalistic standards 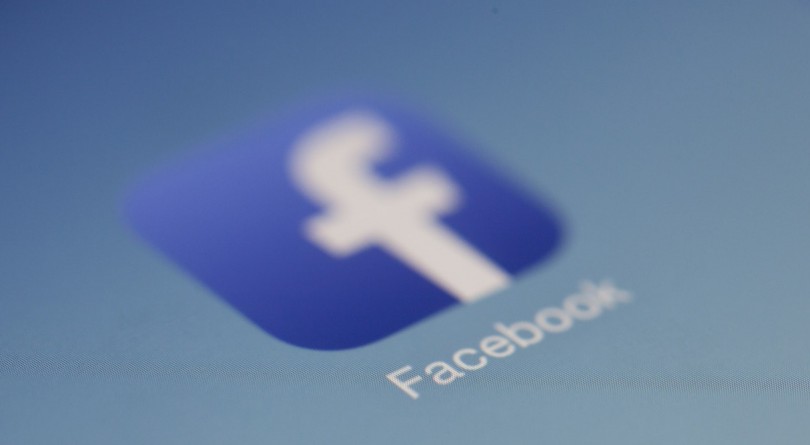 An interview about Facebook aired on CBC’s Metro Morning with Matt Galloway and technology columnist Jesse Hirsh on November 19. The CBC has refused to publish the interview online, saying it didn’t meet its journalistic standards. In the interview, Hirsh questioned why the CBC “continue[s] to engage in commercial relationships with Facebook, now that it’s clear to us that Facebook is a threat to democracy.” The CBC’s statement about the interview and its decision not to publish it states that “there were several sweeping statements made that were unsubstantiated and in some cases actually untrue. For instance, the column stated that programmers were mandated to promote Facebook and that every time the columnist appeared on CBC to talk about Facebook they complained. Further, it was stated that CBC did not defend the right to talk about these issues. These comments are not true.”

A recent New York Times report documenting Facebook’s response to Russian interference on the social media network has raised questions and alarms about what’s being done to protect our democracy from future meddling, especially in light of the upcoming Canadian federal election. The CBC’s decision to not publish the full interview with Hirsh sparked questions on social media and prompted some to post the audio online themselves:

Here is the @metromorning segment featuring @mattgallowaycbc talking to @jessehirsh, in which they discuss Facebook and the CBC. The broadcaster has declined to publish the segment since it aired, claiming it violates their journalistic standards. https://t.co/7B0UDLzZOr

You can also read the full transcript of the interview here:

Intro: We came here for the friends. And we got to know the friends of our friends. Then our old friends from middle school, our mom, our ex, and our boss joined forces to wish us happy birthday. And we discovered our uncle used to play in a band, and realized he was young once too. But then something happened. We had to deal with spam, click bait, fake news, and data misuse. That’s going to change.

Matt Galloway: That’s all meant to make you feel better, Facebook promising to make itself more secure, more trustworthy. Evidence shows, though, this may be an uphill battle. A New York Times report reveals that Facebook’s leadership team knew about Russian interference on the site, but, instead of squashing it, they tried to conceal it. Jesse Hirsh covers technology for Metro Morning. He’s been on this Facebook story for a long time now, and he’s back with us to talk about the latest. Good morning.

MG: What have we learned about Facebook and what Facebook knew and when it found out about these threats coming, particularly from Russia?

JH: Well, it identified – security researchers at Facebook identified attempts to use Facebook to manipulate the U.S. election in the early stages the – of the election itself, early 2016. They started escalating it, trying to tell their supervisors, trying to tell the general counsel at Facebook. They saw it again in September, October of 2016, before the actual election day. But it wasn’t until December of 2016 that Zuckerberg publicly said that nothing was happening, that Facebook was not used, that Alex Stamos, who used to be the Chief Security Officer at Facebook was like wait a minute, our boss doesn’t know what I’ve been telling people for months? And so he went over his boss’ head, over his boss’ boss’ head, to tell Zuckerberg, to sell Sheryl Sandberg, the COO, that – that Russia had been using Facebook quite aggressively, and that the company did know this.

And they freaked out. They, in essence, attacked the messenger, told him we don’t want to know this. Who authorized you to look into this? And it – it was a classic case of first suppression then denial, until finally, after Cambridge Analytica, the company had no choice and actually had to disclose what they had known for over a year, that their platform had been subject to abuse.

MG: What is so interesting about this reporting for the Times, to me, is that it – it shows, to your point, how Facebook has tried to address this, but also what Facebook knew and what they weren’t – what the company wasn’t doing, what those who were leading this company, including the guy who, as he likes to say, founded it in his dorm room, what he wasn’t doing. Why is all of this such a big problem for Facebook?

JH: It really comes down to responsibility and trust, and – and whether the company is worthy of our trust, but in particular, whether it should be subject to regulation, whether it requires government oversight. I mean, what’s fascinating here is not just their desire to not know about this, but, once they did, they started hiring lobbying firms, they started hiring conspiracy theory websites, ironically, to try to discredit their opponents, to try to undermine the idea that Facebook should be subject to government regulation. And it speaks to their paradox of responsibility: that on the one hand they want to be treated as a common carrier, a platform in which they’re not responsible for what’s there; but on the other hand, if they start taking responsibility for what’s happening on their platform, then they’re a publisher, and then they’re subject to regulation. So they’re really trying to skate this fine line between maintaining people’s trust but also not really taking a heavy hand when it comes to dealing with the content on their platform. And I think that puts them in a very awkward position of basically being guilty but not being responsible.

MG: For the average person who uses Facebook and logs on to see photos of, you know, friends you went to school with and here’s what my baby looks like now, why does this matter?

JH: I think, if you look at how the Ontario election played out, Facebook played a very important role. I think if you look at the midterm elections in the U.S., Facebook played an important role. Yesterday the federal Defence Minister was speaking at a conference in Halifax and said very explicitly that the Russian government is attempting to interfere in the upcoming Canadian federal election and that the Canadian government is taking measures to try to deal with this. So this is politics, this is power. This is incredibly important. So yes, there is the individual and their personal information, but there’s democracy as we know it. And I think that if we neglect Facebook, as we currently have, authoritarians will rule.

MG: And we’ve seen, and Facebook, the CEO was asked about this in Myanmar, a genocide unfold, and Facebook in many ways has been – implicated is a strong word, but people have said that – that the use of Facebook helped the misinformation in Myanmar spread when it came to the Rohingya Muslims. And they were asked, you know, did you take the site down, did you consider taking it down. Didn’t do that. That’s the real-world effect of – of what’s happening on line.

READ: Don’t blame Mark Zuckerberg, you want Facebook to have your data

JH: Well, and as we know, technology moves very fast. It takes time for researchers to catch up, to understand its impact. And I think what we saw in terms of the Rohingya, I think what we saw in Myanmar, is going to be damning. I mean, the – the – already the hypothesis around genocide has tremendous evidence to back it up. And it’s not just Myanmar; it’s around the world, the way in which chauvinism, the way in which ethnic violence, the way in which manipulation of the political process is happening in every single country, and Facebook is culpable. Facebook is the tool by which these tyrants are doing it. And it’s not so much that Facebook itself is – is responsible. That’s the point. They don’t have a clue. They’ve had their head in the sand. But nonetheless, they need to be reined in.

MG: And so what happens now with this company? I mean, this – these stories keep coming out, and presumably there will be more of them.

MG: Or not just CBC, but other journalistic entities as well.

JH: So I’m not – I don’t care about the other journalistic entities. Why do the people at CBC mandate that CBC personnel promote Facebook? Why does CBC continue to engage in commercial relationships with Facebook, now that it’s clear to us that Facebook is a threat to democracy, and CBC, as a public broadcaster, should be strengthening democracy? So I would like to hear from the senior managers of this corporation, which I do not work for, very clearly. And further, every time I’ve appeared on this show to talk about Facebook, Facebook has complained to CBC, and CBC has not defended me, or has not defended our right to have these conversations, although Metro Morning does.

JH: Right? And – and that, to me, is – is the hypocrisy of our reporting on Facebook, that we talk about it, but, as a company, we do nothing.

JH: Hopefully I’ll come back. But if not, thanks, everybody.