So much breathless and uncritical coverage of...what happened again? 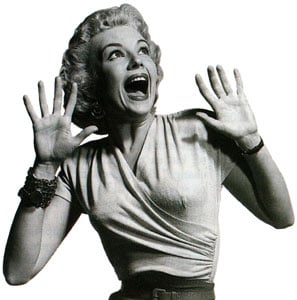 Hey, did you hear the news?  The biggest hacker thing ever happened to like, everybody.  It was probably China that did it, but maybe not. Everyone’s totally freaking out, because they don’t know if it happened to them or not or what really happened or why it matters.

Or such is my understanding.

To be a bit more precise:  McAfee Inc., an Internet security firm with a vested interest in keeping the world in a perpetual wet panic over digital vulnerability, has garnered hundreds of headlines by revealing that some unknown actor has perpetrated some unknown campaign of digital intrusion and thievery for some unknown purpose.

The volume level of McAfee’s announcement is matched only by its vagueness.

Victims of the mysterious crime include the Olympics, the U.N., the U.S. and Canadian governments, and dozens of big companies whose names are being kept secret.  Suspects include China, China, and China.  Beijing has responded to the allegations, saying, in effect, “nuh-uh!”

Now that we’ve clearly established precisely what occurred, to whom, and by whom, let’s move on to analyzing the implications. McAfee’s VP gravely intoned that the hack represents “the biggest transfer of wealth in terms of intellectual property in human history.”  The Globe and Mail‘s sober headline warned that the hack “threatens nations.”  Professor John Frink, when asked by Kent Brockman of Channel 6 News whether it’s time for the public to crack each other’s heads open and feast on the goo inside, said “yes.”

Look, I’m not doubting that a massive espionage campaign occurred, or that it’s important, or that China might be to blame.  But I am questioning the state of the media’s digital literacy when such an inconclusive, nonspecific and unsubstantiated announcement can garner such breathless and uncritical coverage.

The cyberwarfare saber-rattling has already begun, and we can expect this incident to be cited as cause for further investing huge sums in the digital arms race.  But first, shouldn’t we figure out what happened, who did it, and why?