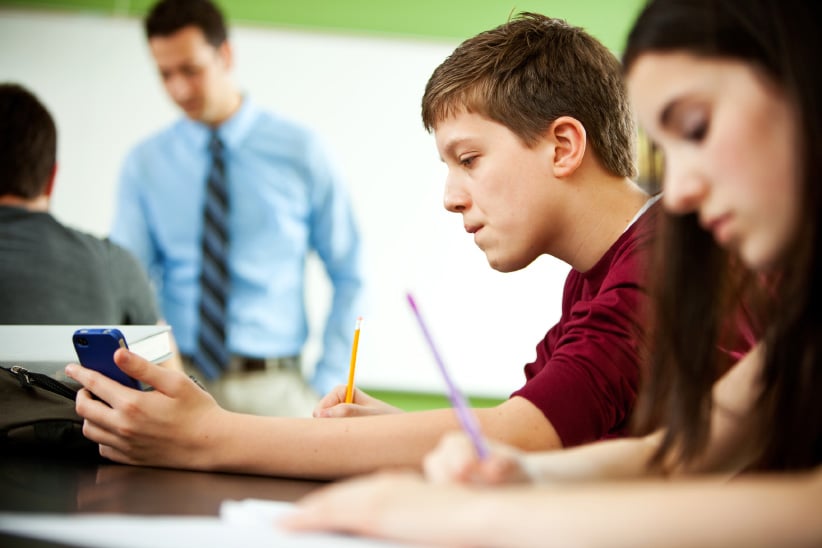 Group of students in a school. (Sean Locke/Stocksy)

Researchers and educators agree that cellphones have become fixtures in Canadian classrooms, but opinion remains divided on how best to address their presence.

All agree that the presence of smartphones can be problematic if students are allowed to devote more attention to their screens than their studies.

One research paper suggests the majority of schools are still treating cellphones as a scourge and banning the devices outright both in and out of class.

But that study and a growing number of boards say they’ve had more success once deciding to stop fighting the technological tide and find ways to incorporate cellphones into schools.

Canada’s largest school board reversed a four-year ban on cellphones and now lets teachers dictate what works best for their classrooms, while a board in Quebec has gone so far as to distribute tablets to all students in Grade 5 and up while maintaining a permissive smartphone policy.

Researchers say these approaches work best, but add it’s essential to have guidelines in place around the use of technology.

Thierry Karsenti, Canada Research Chair on Technologies in Education and professor at the University of Montreal, said students will find a way to bring phones into the classroom regardless of the rules.

RELATED: How schools are working with their communities to change behaviours

A survey of more than 4,000 high school students found that 79.3 per cent of respondents owned a cellphone.

Participants indicated that the phones did not figure strongly in their formal education, with 88.4 per cent reporting that the devices were banned either in class or at school altogether.

Karsenti said the majority of schools he’s studied persist in fruitless bans against smartphones, edicts that students will inevitably ignore.

But Karsenti said schools with more flexible policies got better results, he said, adding the best ones set firm boundaries that helped educate students on when it may or may not be appropriate to use their cells.

Students responded, he said, by taking those lessons to heart.

One school Karsenti studied allowed students to use their phones as they wished outside of class, but insisted they keep the devices in plain sight and face-down on their desks during class time. 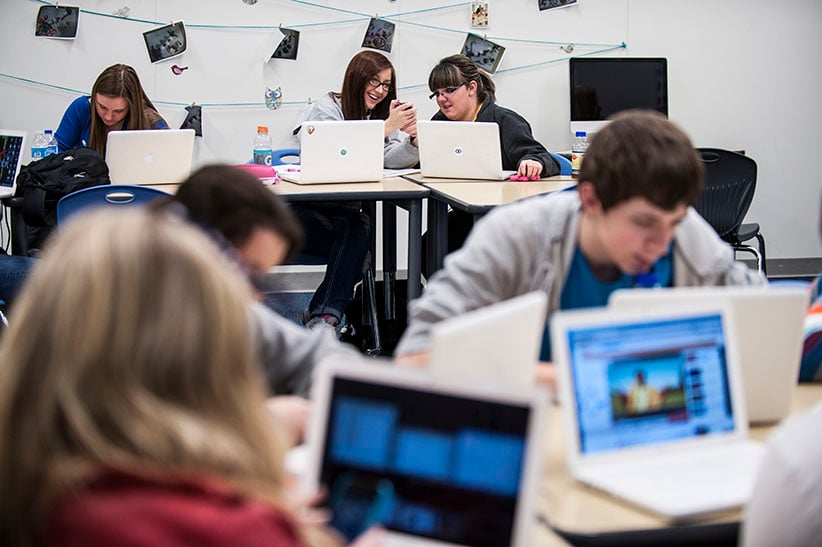 Such an approach strikes the right balance, he said, since it still gives teachers the flexibility to tap into the technology for their lessons while limiting distractions among students.

Some organizations, like the Eastern Townships School Board in Quebec, have made technology an integral part of the classroom experience.

Spokeswoman Sharon Priest said the board began issuing iPads to students in 2013 with the full expectation that they would be used both at home and at school.

Today, all board students from Grade 5 and up have been issued either an iPad or a Chromebook. Priest said the technology that looms so large in most students’ home lives should be incorporated into the educational experience, adding the devices also help empower teachers.

“They allowed us the creativity in the classroom to support . . . lifelong learning and different competencies,” Priest said of the tablets, which can be used for everything from research to video streaming.

The board has a permissive policy around cellphones, she said, allowing teachers to dictate what works best for their classroom.

The same approach is now in effect at the Toronto District School Board, which banned cellphones for four years before reversing course in 2011.

Spokesman Ryan Bird said the board came to recognize that enforcing an outright ban was next to impossible, while also acknowledging that to curb technology use would be to place limits on educational opportunities as well.

Not all instructors are keen to embrace mobile technology in the classroom, however.

At a Halifax middle school, one teacher’s effort to promote healthy living among her students resulted in a school-wide experiment meant to help detach students from their screens and revive the art of conversation.

RELATED: How universities are helping students with ‘invisible’ disabilities

Sean MacDonald, principal at Herring Cove Junior High, said the school’s previously flexible policies were tightened up for a week to bar cellphone use in class, during recess or at lunch.

He said the week-long experiment is meant to gauge impacts on students studies and social lives, adding the school is also soliciting feedback from parents on cellphone use at home.

MacDonald said early feedback suggests students too can be flexible on cellphone use, adding some who felt they couldn’t live without their devices have noted some upsides to going without.

“Many of our students have reported . .. that they’re enjoying the opportunity to have more conversations with their friends as opposed to sitting down and everybody staring at their phones,” he said. “And teachers have definitely noticed less distractions in the classrooms.”

MacDonald said the school will analyze feedback from the experiment and use it to adjust its permanent cellphone policies for the next academic year.