Should you buy an iPhone 5? Probably and here's how.

Why I often prescribe Apple 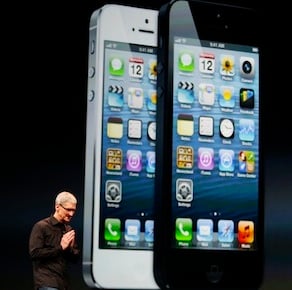 The other day, a friend asked me whether he should buy the new iPhone 5. By virtue of writing about technology and gadgets for a living, it’s a question I get all the time – not necessarily about the new iPhone, but friends generally wanting advice on what smartphone they should get.

There’s never a simple answer, since every person’s needs are different. And it’s not just the device itself that matters, the carriers that offer them also factor into such a decision. My response is therefore always a flurry of questions in return: do you like physical keyboards, what kind of computer do you use, do you want to surf the web a lot, how much do you want to spend, do you travel a lot? Oh, and what are your politics? More on that last one in a second.

From there, we winnow down the options. If the buyer is on a budget, we’ll generally talk Android phones. If they don’t leave their home city much, we’ll discuss discount carriers such as Wind and Mobilicity. If a keyboard is a must, then it’s on to BlackBerry.

All things being equal, though, I often prescribe the iPhone, since it’s the best total package on the market. Not only does Apple produce top-notch hardware and software that works fluidly with it, it’s also got the widest catalog of apps available. While many have pointed out that the sheer number of apps means little (Apple boasts 600,000, or much more than competitors), in actuality it is important. Simple math equates that the more apps there are over all, the more likely it is that there will be more quality apps to choose from.

It’s definitely the case with Apple. Developers tend to create apps for its ecosystem first and they tend to put the most effort into it, because in doing so they can reach the millions of iPhone, iPod and iPad users out there. Other smartphones may have the iPhone beat in hardware specifications, but such devices are only as good as what users can do with them. In this sense, you can generally do more with an iPhone than with any other kind of smartphone.

Not surprisingly, Apple has the highest customer satisfaction rating of any smartphone maker, according to several measures including the American Customer Satisfaction Index and J.D. Power. Rare is the person who buys an iPhone and is dissatisfied with it.

Indeed, the iPhone 5—officially releasing this Friday—will continue that trend. While the new device has been criticized for being merely evolutionary rather than revolutionary, it still does everything well and just about every aspect is better than its predecessor.

That brings us back to my friend’s question: should he buy the iPhone 5, and more specifically, how should he buy it? As I noted last week, Canadians are in an especially tough spot when it comes to smartphones. Apple charges an arm and a leg for its phone. Whether you buy it unlocked and contract-free through one of the company’s stores or through a subsidized agreement with a carrier, you’ll end up paying through the nose.

Canadian carriers, meanwhile, are unique in insisting that buyers agree to three-year contracts, while two-year agreements are the norm elsewhere. That means Canadians tie in to the iPhone for longer and more money than just about anyone else. And just to add insult to injury, all iPhone models are $50 more in Canada than in the United States for no real reason.

My friend makes good money, travels a fair bit and, like many Canadians, has a distaste for our wireless carriers. I suggested he buy an unlocked version of the 16-gigabyte iPhone for $699 directly from Apple, which is not exactly easy to do. Such purchases can only be made online for now, since the company is looking to extract even more profit from early buyers by forcing them to activate their purchase with a wireless carrier in store, at least for the first few weeks. As reports have noted, doing this ensures Apple will get monthly kickbacks from the carriers.

My friend was willing to wait a few weeks for his new phone, so he ordered online. And really, unless your existing device is on its last legs, there’s no reason why you can’t also take this route. Once you’ve got that unlocked phone, a world of possibilities opens up.

For one thing, you can shop around for a plan from the various wireless carriers. In my experience, I’ve found that the big carriers tend to treat customers who bring along their own unlocked phones as unwanted stepchildren; without the ability to tie you into a contract, you’re a risky proposition who could flee at any time. They also know that all their monthly plans are in careful equilibrium with rivals’, so it’s not like you’re going to get a better deal somewhere else if they refuse to negotiate.

That said, no carrier likes to lose customers. It raises their churn rate, which financial analysts hate, and no carrier wants to see its stock punished by unhappy financial analysts. So if you’ve got an unlocked phone with no contract, your existing carrier has at least some incentive to try and make you happy.

Perhaps more importantly, the unlocked device is primed for local SIM cards if you travel to a different country. In most cases, you can buy a pay-as-you-go SIM, pop it in and use your phone without fear of an astronomical bill upon your return home. The iPhone 5 and other LTE phones may not work at their fastest speeds in other countries because of differing standards, but Apple’s device runs on a plethora of different frequencies, so you should be okay in most places.

In a worst-case scenario, you can at least get a prepaid voice SIM card that offers cheap local calling. I saw these being sold through a vending machine in New York’s JFK airport last week. Let’s face it – only executives with big expense accounts can afford to pay roaming charges.

The last bonus to an unlocked iPhone is its high resale rate. The iPhone 6 will inevitably come next year (or maybe it’ll be the iPhone 5S), with another one the year after that, and so on. Maybe you’ll want to move onto a different phone entirely. Who knows, maybe Research In Motion will come back with a BlackBerry that everyone will want? Stranger things have happened.

In any event, iPhones are like Toyotas—they retain their resale values nicely. Apple itself was offering up to $345 for the iPhone 4S as part of its recycling program. The bottom line is, there are many reasons to buy an unlocked iPhone.

Of course, not everyone has $700 to shell out up front. In that case, a three-year contract is the only option. The big three Canadian carriers are selling the three iPhone 5 models for $179 (16 GB), $279 (32 GB) and $379 (64 GB). In this case, there’s no real reason to go with the more expensive models. Only business users with very specific needs—or people who like to watch movies on really tiny screens—are likely to find any benefit to going with more storage, with 16 GB being more than enough for the average person.

Which brings us to that final question. It’s been said that the two things you should never discuss in public are politics and religion, because they inevitably end up setting people off into arguments. Apple can probably be added to that list. It’s a company that people either passionately love or hate.

Pure techies often hate on Apple because of the closed nature of its products and the controlling nature of the company itself. The non-techie majority, however, tend to love Apple products because they’re simple and elegant, even if they are pricey. That’s why the company has sold zillions of iPhones, iPads and iPods.

My circle of friends is made up of both types and there are some who would rather give themselves their own enema than buy an Apple product. For them, it’s a question of politics, or morals even.

That’s fair enough, yet it’s also amazing how the world has turned over the course of a few short years. There was a time, not so long ago, when the people who bought Apple products (mostly Mac computers) were elitists who looked down on the unwashed masses with scorn. Now, it’s the other way around. Those who swear off Apple’s products consider the millions who do buy them to be sheep.

How long till the pendulum shifts back again?