By 2015, it could make a flight around the world

It’s shaped like a toy glider, but it could be the future of aviation. And if not, the Solar Impulse is still set to make history when it flies across the United States this spring.

The world’s first solar-powered plane will take off in San Fransisco, drop in on Washington, D.C. and finish in New York City, according to the flight plan’s broad strokes. More stops will be revealed in a press conference Mar. 28 in San Fransisco.

The trip will take three long months (from May to July), because the plane can only travel a leisurely 65 to 80 km/h. Then there’s the matter of strong headwinds, which had the plane flying backwards on an excursion from Rabat, Morocco to Toulouse, France last year.

On the American flight, co-founders and pilots Andre Borschberg and Bertrand Piccard will steer the plane like a responsible driver: with conserving energy in mind. There will be no gunning on the gas as they gingerly climb to 30,000 feet and then slowly descend. “We had to do things very slowly, to wait to see the reaction, to be patient,” Borschberg told NPR.

Progress in solar power technology has been similarly sluggish: created in the 1980s, it’s far from ubiquitous today. But while the plane’s not exactly breaking the sound barrier, its creators argue it’s breaking the energy barrier.

Solar Impulse drew international media coverage in 2010 when it flew 26 hours straight without stopping to refuel. The plane’s 61-metre wingspan is covered with solar panels, powering both the engine and back-up batteries, which take over when the sunlight fades. It weighs less than a car and had to be transported inside another plane from Switzerland to the west coast of the U.S. for the historic mission.

A second, more advanced solar plane is in construction for a much bigger journey planned for 2015: A flight around the world. 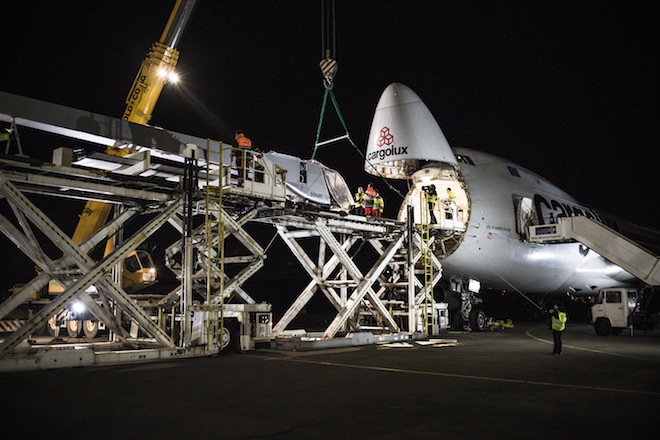 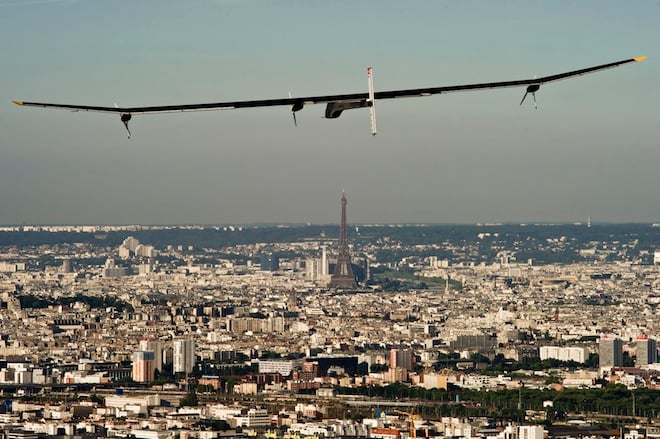 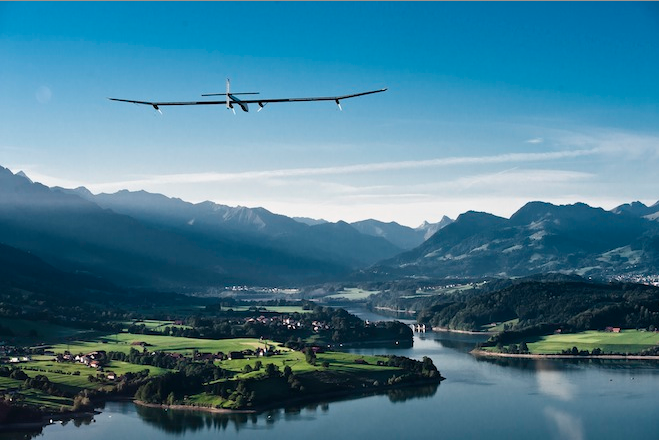 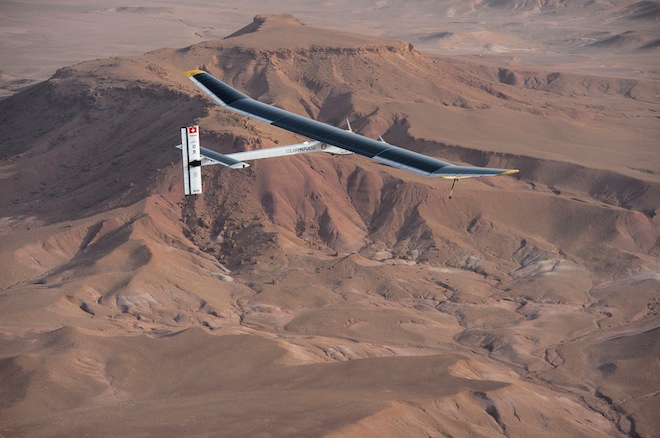