People's justifications for stealing are part of human nature 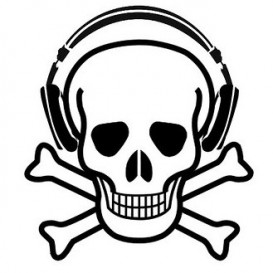 Much has been written about the highly controversial Stop Online Piracy Act currently being considered by U.S. Congress. The legislation would allow for the taking down or blocking of websites that aid in legally-grey file-sharing, such as The Pirate Bay. From the heads of major tech companies writing about how the Act would effectively break the Internet to commentators chiding politicians for their potentially harmful ignorance on technological issues, just about anyone who is concerned with the Internet’s future is frothing mad.

Most of the arguments against SOPA have been bang on, but not many have taken the historical or psychological context of piracy into account. When such aspects are considered, it becomes even clearer just how futile and bone-headed the legislation—if enacted—would be.

It’s handy if we start with defining “piracy.” Under Webster’s traditional meaning, piracy is an act of robbery on the high seas. The only difference between a pirate and a thief, therefore, is water.

Digital piracy obviously doesn’t take place at sea, yet “pirate” somehow emerged as the term of choice for someone who engages in file sharing, rather than “thief.” Why? It’s probably because the people who object to file-sharing—the entertainment industry—think it’s safer and less provocative to call customers “pirates” rather than “thieves.” It’s a small but important idiomatic distinction, so the industry has probably been correct in its approach.

Nevertheless, if we call a spade and spade and refer to digital piracy by what the industry really thinks it is—theft—then we get to the question that usually gets ignored in all of this: Why do people steal?

There are many reasons. Poverty is a major one; when people can’t afford to buy the necessities of life, such as food and clothes, they often resort to stealing them. Others steal because it’s a compulsion, or they get a thrill from breaking the law (i.e. Winona Ryder). Some also do it for commercial reasons; they steal something that’s of high value, then resell it to make money.

None of these factors really apply when it comes to digital goods such as music and movies, which means people steal them for other reasons. What is likely at the heart of the file-sharing issue is a conflict between the intrinsic and extrinsic values of the goods being stolen. Because music and movies are not necessities of life, they do not have solid value. Their worth is determined either by what consumers are willing to assign to them (intrinsic) or what producers want to sell them for (extrinsic).

What the rise and persistence of file-sharing have proven is that intrinsic values are way out of whack with the industry’s extrinsic value. In other words, content producers are charging way too much for their stuff—and the people who share files are sick of it.

Some of this is understandable. While people have been wanting to get things that don’t belong to them ever since Adam and Eve cracked the DRM on the apple in the Garden of Eden, it’s only over the past few decades that the phenomenon has become widespread. Technology has enabled it, but the entertainment industry itself has unknowingly encouraged it.

Consider how much the average person has been bombarded over the past few decades with images of celebrities—many of whom are of dubious talent—flying around in private jets, driving different cars every day of the week and drinking $1,000 bottles of champagne. How does that not lower the intrinsic value of the products those celebrities produce? To put it another way, it’s really difficult for many people to look at the opulent lifestyles of celebrities and then feel bad for stealing their music or movie.

The same holds true for the industry executives behind the scenes. While their wealth is not continually thrust into the public eye, people instinctively know about it and perhaps feel it’s even less deserved.

The success of iTunes, at least in music, should be proof enough of this theory. Apple’s model happens to be priced much closer to the intrinsic values people assign to music, so people buy from Apple rather than steal. Other media industries haven’t quite figured this out yet, or they’re still in a state of denial, but they will eventually. Not adjusting extrinsic values to the intrinsic clearly leads to more theft.

The reason why people steal digitally, therefore, is obviously because they want stuff for free, or at least cheaper. Content producers have made it very easy to rationalize file sharing: digital piracy has become justified theft from people who are seen to have too much to start with. SOPA, or any other law, will not change this. Justified theft—which in this context has also been called the moral disengagement theory—is part of human nature and it’s not going away.

A more effective counter to psychologically and morally justified theft might be a conscious cutback on the flaunting of wealth by celebrities and executives. Maybe if it wasn’t so in-your-face all the time, the public wouldn’t feel so much like Robin Hood. This sort of reverse move toward inconspicuous consumption, however, is probably as likely as pigs learning to fly. The analogy is almost perfect.

When considering whether SOPA or other similar laws will be effective, it’s also prudent to look at actual piracy—the kind that involves boats and the sea (and rum and squawking parrots). Many observers have said that SOPA is a guns-blazing effort to stop The Pirate Bay specifically, which is the Energizer Bunny of the Internet; it keeps going and going no matter what is thrown at it. Would the legislation succeed in finally bringing down the website? Maybe, maybe not, but so what? Just as piracy continued after the likes of Blackbeard and Jean Lafitte were killed, so too will digital theft, with or without The Pirate Bay.

Indeed, piracy is enjoying something of a renaissance, with the International Maritime Bureau reporting that incidents have been on the rise ever since the end of the Cold War. With fewer military boats patrolling waters and freer trade that has resulted in more shipping, it’s a lucrative time to be a pirate.

The parallel between real piracy and digital theft is obvious. Maritime piracy looks to be an unfortunate side effect of the world becoming freer in both the rights of people and in trade. Online file-sharing is a similar byproduct of the Internet, which has introduced more social and commercial freedom than any other invention in history.

The reverse parallel is equally as poignant—cracking down on the Internet with something like SOPA would be the digital equivalent of plunging the world into a digital Cold War. Is that really something that we as a society want to do?