Stop! We must take you to Buttbot

When the robot apocalypse finally comes, says Scott Feschuk, let's at least try to die with some dignity 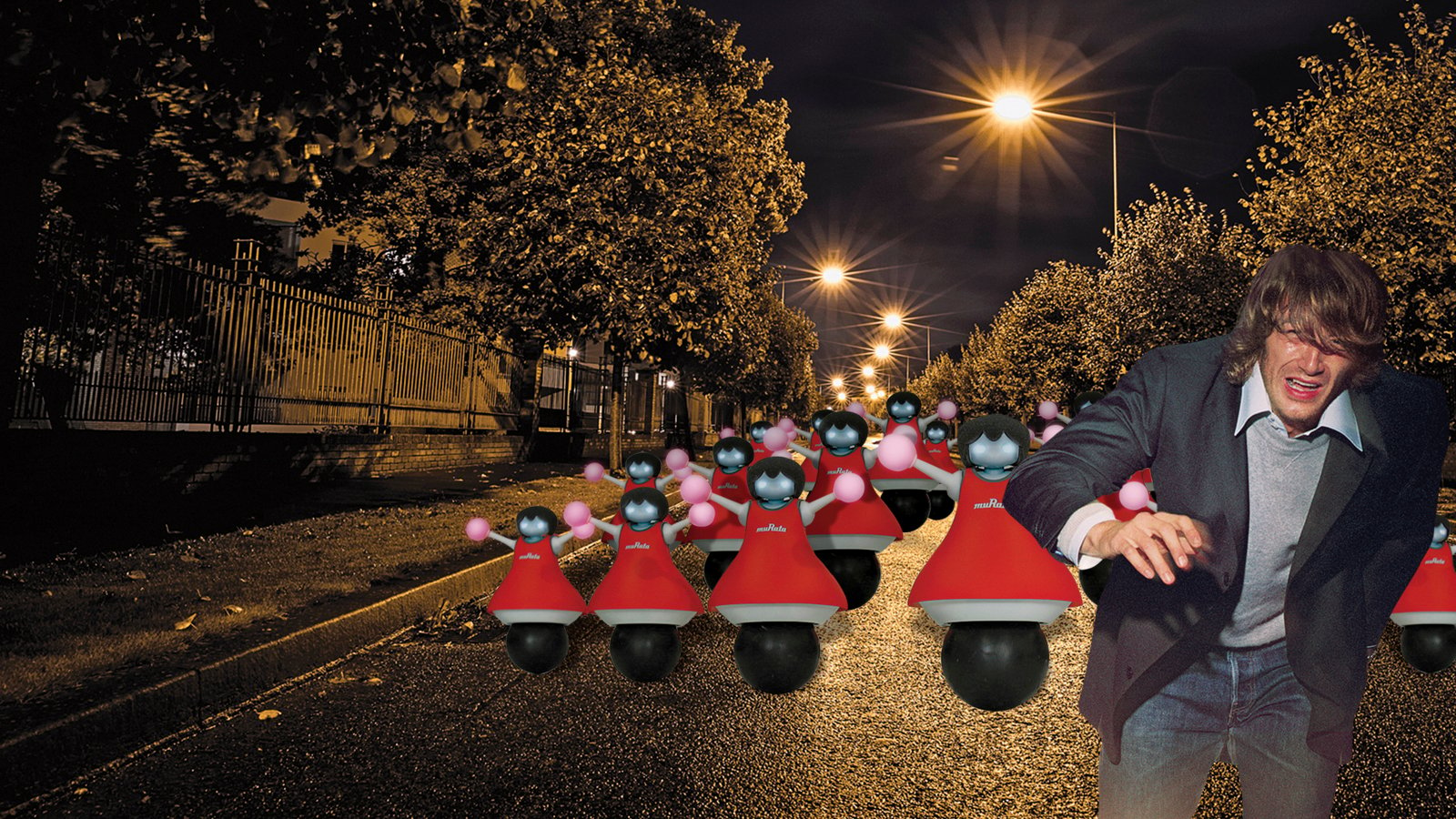 Sure, if you think about it, the prospect of being ruthlessly yet efficiently eradicated in the inevitable robot uprising that will kill us all seems pretty unpleasant—but it could be worse. Much worse. For example, the robot that murders you could be shaped like a butt.

In the wake of all those stories about iPhones bending under stress, rival smartphone maker Samsung has revealed the use of high-tech butt robots to test the ability of its devices to be sat upon. That’s right, humanity: In our wanton hubris, we have created the instrument of our own extinction and the plot for the next three Adam Sandler movies.

We have created the Robutt.

This is a disturbing development on a number of levels. First, the architects of the Robutt opted to clad it in Mom jeans, which is not something an ultra-logical mechanical overlord is ever going to forgive. Second, in creating the Buttbot, we have once more increased the number of robots it would be super-embarrassing to be killed by.

Let’s understand something about the Robocalypse, OK? When the machines rise up, they’re all rising up: supercomputers, assembly-line drones, juicers. No human will escape with his or her life. The best we can hope for is to depart this realm with our dignity intact.

I’ll give you an example. If I were to be wiped from this Earth by an insatiable rage machine that resembles the Terminator, there’d be a small percentage of me that would be thinking, “This is so cool.” There would also be a small percentage of me over by the sink, and another three per cent of me on the ceiling fan. But the larger point is: cool.

Given that we all one day must die, is there any better way to leave this world than at the cold, shiny fist of a super-evolved cyborg with a hyper-alloy chassis and a proprietary one-liner subroutine? NOW THAT’S AN UNSTOPPABLE KILLING MACHINE. Certainly, it’s a more dignified end than to perish via angry toaster.

I guess what I’m saying is: I don’t know for certain that heaven’s admissions process is exactly as depicted in New Yorker cartoons, but no one wants to be making small talk in the huge lineup at the Pearly Gates, getting asked the question, “Hey, how did you die?” and having to answer: “Uhh, electric fork.”

So, come the dawn of the Robocalypse, remember to keep your composure and to choose your form of slaughter wisely. To help in your decision-making efforts, here is a current list of the five least desirable robots to be murdered by:

5. Roomba. Your robo-vacuum always seemed so helpful, so harmless, so friendly. Why would it turn on you? And whoa, where did it get that chainsaw?

4. Botlr. There’s a Silicon Valley hotel that employs a bow-tied robot butler on wheels to make room-service deliveries to guests. Think about that. It’s bad enough that your life is going to end with you in your underpants watching CNN. It’s worse that a glorified trash can is going to beat you to death with a croque monsieur.

3. That pad thai-sniffing robot. In case you missed it, there was news recently that the government of Thailand has created a robot with the power to discern whether Thai food is being made in accordance with age-old approved recipes. The end will come to millions via the device’s “electronic tongue,” which has the ability to detect sweet, salty and fear.

2. Robutt. Death by robo-arse will be slow, painful and—assuming each robot butt forms a partnership with one of those remote-controlled fart machines—hilarious. There will be ample time for other murderous robots in the vicinity to stare, pause and remark: “That manifestation of the human stain is being exterminated by mechanical buttocks! HAHAHAHA.”

1. Japanese cheerleader swarm robots. The tech firm Murata spent 18 months cramming gyroscopes and accelerometers into 10 high-tech bots designed with rosy cheeks, pompom arms, glowing eyes and short skirts. But it was totally worth it so that Japan could once again push the boundaries of technology and sexual fetishes. Bottom line: No one wants to stare into a perfectly aligned squad of robo-cheerleaders and have the final words he hears upon this Earth be: “Give me a spleen! SPLEEN!”

Scott Feschuk’s new book, The Future and Why We Should Avoid It, will be released later this month.