Techno-McCarthyism and the death of Aaron Swartz

Internet idealist fell victim to a misguided war over information 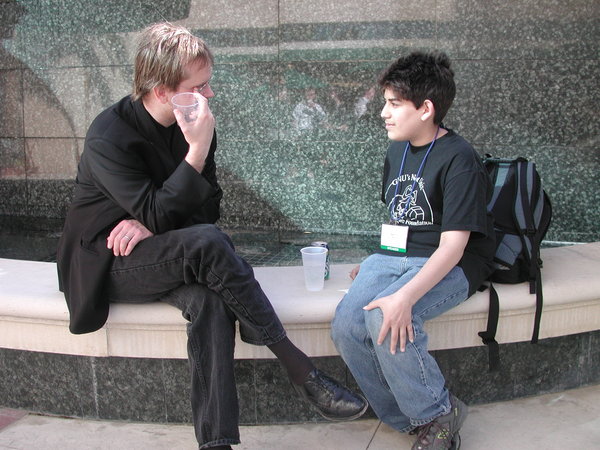 When I spoke to Aaron Swartz in 2009, he had just learned that he’d been investigated by the FBI for “stealing” public court documents from a library and sharing them on the Internet. They had a file on him. They had staked out his mom’s house. He thought it was hilarious.

“The whole thing strikes me as ridiculous,” he said of his FBI file, which he had obtained through a Freedom of Information request. “Suspect lives on a heavily wooded dead-end street,” he read in a super-serious Dragnet voice, “making continued surveillance difficult.”

It was no joke. His brilliant PACER (Public Access to Court Electronic Records) hack put him on the FBI’s radar and likely contributed to the persecution he suffered when he struck again.

Who could have known it at the time? The hack was so playful, and Aaron so decent and clever. PACER was experimenting with waiving its user fees and opening its archive with a pilot project at a handful of public libraries. Aaron thought that was a great idea, but why constrain it to just a few locations? These were public documents, paid for by the public for the benefit of the public. He said this:

Aaron liberated 20 per cent of PACER before they caught him and shut down their pilot program. They accused him of stealing  material worth $1.5 million, which is what it would have cost in user fees to obtain the 16 million documents. “I prefer to think that I saved the country $1.5 million dollars,” he told me.  “How can you steal something that’s free?” I asked.

But it’s not, is it?  When Aaron “stole,” nobody lost anything. When he “stole,” he didn’t gain anything.  Insisting he may as well have been a thief with a crowbar, heisting cash, is more than a lie—it’s a wilful act of ignorance, backed by the power of the state—it’s a lie that, based on accounts from those closest to him, led to the death of Aaron Swartz

During the Red Scare, American authorities made a decision to ignore the differences between harmless idealists and violent enemies of the state.  They crushed lives, smeared reputations and intimidated good people into killing themselves.  The parallels between the past and present did not escape Aaron himself.

Bradley Manning, Julian Assange, Kim Dotcom, Gottfrid Svartholm, Aaron Swartz: they have little in common. Hacking the military is different from hacking a library. Sharing music is different from sharing state secrets.  Authorities around the world, but particularly in the U.S., have decided to ignore these differences.  Shocked and scared by their loss of control over information, they are waging a dumb, mean war against anyone who seems to be standing on the wrong side of an imaginary line.  As Vic Toews said, you “either stand with us or with the child pornographers.”

Aaron Swartz would not be told where to stand. He was offered a settlement by Ortiz’s office, but it required him pleading guilty and living life as a felon. He refused, and killed himself two days later.

His suicide may or may not have been an act of desperation, but it was certainly an act of defiance.