Jesse Brown weighs in on the Supreme Court's decision 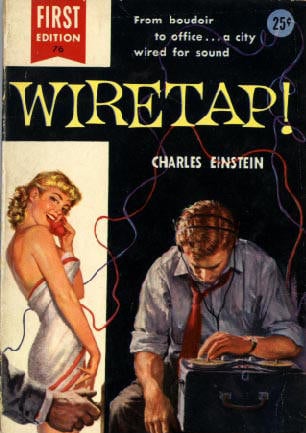 The Supreme Court of Canada has figured out what any teenager could tell you: text messages are private.

This surprisingly controversial ruling overturns a lower court’s decision against Telus, which fought laudably to protect their customers’ privacy from police investigators.

The cops sent Telus a warrant in March 2010 asking for all texts yet to be sent between two subscribers during a two-week period beginning in April 2010. Telus asked the courts to deem that a wiretap, which needs its own court order—one that’s harder for law enforcement to get.

The Crown argued that since Telus makes backup copies of customer’s texts, requesting access to them is not an “interception” of a communication, but something more like a request for access to a filing cabinet, which would be covered under a general warrant. The Supreme Court shot down this flimflammery and ruled that a person’s level of text-message privacy shouldn’t hinge on their choice of carrier (the other big wireless companies don’t make backups of texts).

It seems like common sense for the court to consider wiretapping a text-message exchange the same thing as wiretapping a voice conversation, and to demand an equivalent level of oversight.  But common sense is uncommon when it comes to legislating electronic privacy.

The court’s job was easy here, since it was a rare case in which digital information had a direct analogue corollary.  Most of the data we create resembles nothing from the past, and the law will have to do some original thinking to catch up.

Case in point is cellphone mobility pattern — not GPS data, but rather cell-tower “pings.” A recent study found that these digital trails can be a more accurate personal identifier than fingerprints. With just four cell tower pings (which happen whether or not you place a call), researchers were able to pluck an individual from a crowd of 1.5 million with 95 per cent accuracy.

Once these methods are available to law enforcement, ping data will be the new black. I wonder what the courts will make of that.