The CRTC decision on UBB: everybody hurts

It's not usage-based billing, but it's darn close 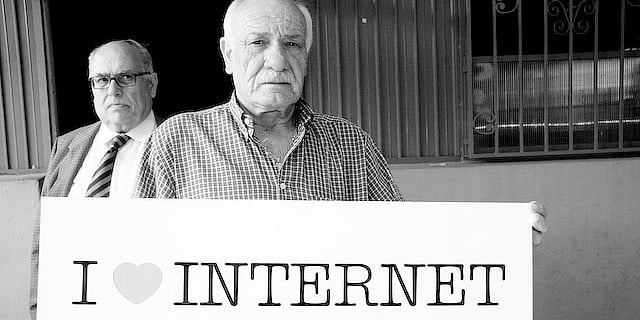 The CRTC’s usage-based billing decision is in and boy is it a lot to digest, which is perhaps why there were so many conflicting reports in the media as to who the winners and losers are or will be. After reading and digesting the long document and speaking to a number of the small Internet providers that will be affected by it at the ISP Summit dinner on Tuesday night, it’s hard to see how anybody really wins with this decision. Burdened with the impossible task of trying to make everybody happy, perhaps this was the CRTC’s desired outcome.

To understand the ruling, we need to delve past the headlines and the press release. I swore I’d never use the phrase “the devil is in the details,” but the demon certainly is in the fine print. In the case of this decision, it’s in the appendix, way at the end, which is a bunch of prices. I’m not a network guy so I’m sure I’ll get some of this wrong—even the experts will need a few days to digest and crunch the numbers—so feel free to jump in and make corrections in the comments.

The key lies in the CRTC’s chosen method of allowing big network owners to charge smaller ISPs based on capacity, rather than by the byte. Bell et al. wanted to simply total up how many gigabytes an ISP such as TekSavvy used per month and bill accordingly. The regulator went with a far more complex method—at least for the average person to understand—which most ISPs I spoke to seemed to support because it gives them a ton of flexibility in what kinds of services they can offer and at what prices. The system is good, they said, but the amounts they must pay to network owners are wrong, if not wretched. For many of them, this will change the way they do business and/or lead to price increases.

The CRTC assigned each big network owner different rates that they can charge based on what each said their costs were. So, if you’re a small ISP and want to connect to Bell’s network, for example, it’s going to cost you $2,213 per 100 megabits of throughput per month. From there, each small ISP has to take a look at what their subscribers are doing with their connections, then do some number crunching. If watching standard-definition video online requires about 3 megabits per second of capacity, for example, that means that 100-megabit block will accommodate 33 users if all of them do in fact watch video at the same time.

The ISP therefore has to project how much capacity it will need and purchase accordingly. If the ISP, for example, expects to have 10,000 customers online watching video at any given time, it would need to purchase more than 300 of those blocks, which would cost the company around $663,000 a month. The ISP can purchase less capacity in the expectation that not all of those 10,000 users will use video all at once, which is where the flexibility and planning come in. The danger in buying too little capacity, of course, is that if more users than projected do indeed get online and stream video, they may all experience lag, buffering and so on.

What the CRTC appears to be going for is the spurring of competition between network owners for the business of small wholesale ISPs outside of its whole regulated scenario. The same 100-megabit capacity block on Rogers costs only $1,251, or almost half of that as Bell. Naturally, the logic follows that small ISPs in Ontario are going to purchase their capacity from Rogers rather than Bell. If Bell has any desire to keep their business, it is therefore encouraged to offer a better deal than the prices set by the CRTC. In other words, Bell has a big incentive to go off the rate card and give ISPs a cheaper deal than Rogers. Perhaps Rogers will counter by going even lower.

That’s a nice idea in theory. Whether it will work is anyone’s guess. Many observers have a right to be cynical because the CRTC has been trying to spur this sort of wholesale-level competition for as long as there’s been a wholesale regime. More to the point, it wasn’t so long ago that Bell was trying to kill off small ISPs completely, so there are questions about whether any of the big ISPs even wants small ISPs’ business. In any event, indie ISPs at least have that lower regulated Rogers rate to fall back on.

That said, Manitoba sure looks good. MTS Allstream’s price for each 100-megabit block is only $281, or about a tenth of Bell’s. As one ISP suggested, perhaps we should all move to Manitoba, where Internet capacity is cheap and plentiful.

For the rest of Canada, small ISPs say these prices are going to result in big changes. The head of one Ontario ISP told me he’s planning to dump all his residential customers and just stick with business users because the economics don’t make sense anymore.

Marc Gaudreault over at Teksavvy, another provider that has received a lot of attention during this whole usage-based billing schmoz, said he expects his costs to rise by 20 to 40 per cent. He said it’s too early to predict how much of this extra cost will be passed on to customers, but I heard a figure of $15 bandied about by others. TekSavvy, for the record, would have liked a capacity rate of around $800 for a 100-megabit block.

Ultimately, the thing that doesn’t sit right with the CRTC’s scheme is that it seems to guarantee that the end subscriber’s cost will continue to go up as Internet usage increases. While the capacity-based price estimate above is based on people viewing online video, that’s only standard definition. If those viewers start using high-def, the amount they use per second doubles to about 6 megabits per second, which can instantly and dramatically boost the ISP’s cost.

Small ISPs might be able to count on gaining more customers with lower prices and higher usage buckets than the big guys, but that growth is probably going to be considerably slower than the growth in Internet traffic.

As a few people pointed out, this is wrong-headed since it makes heavier usage more expensive, which was the whole point of usage-based billing in the first place. As I’ve said before, the people in charge of this stuff—whether it’s the CRTC or the government—should be encouraging Canadians to use the Internet more, not less. While it is true that network owners must recoup their infrastructure investments, most of that outlay comes from the sunken costs of stringing fiber to homes. Once that’s done, it’s just a matter of upgrading the equipment attached to the end, which is continually getting more efficient and cheaper, which is why the price of bandwidth continues to drop globally.

The hope is that the block prices set by the CRTC will also drop and therefore offset the necessary increased capacity, but who knows if that’ll happen or how fast. The big ISPs will obviously try everything in their power to keep those prices as high as possible and the CRTC has obviously been snookered by them before.

Ultimately, network investment is not a cost that is continually going to go up, yet the way the CRTC’s ruling is structured, it looks like the prices consumers can expect to pay will.